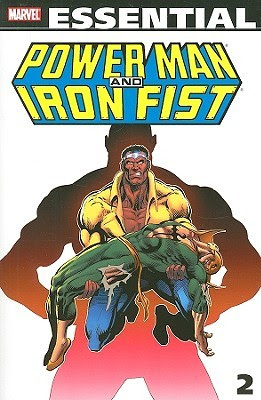 This collects Power Man & Iron Fist issues 76 - 100, and Daredevil # 178. Just a reminder to all you comic fans, most of these were written in the 1970s and as such the demographic for such material was much younger than those written today.

Power Man and Iron Fist, two heroes with cancelled series, who were then packaged together in a sort of buddy-superhero title. Obviously, Luke Cage has super strength and steel-like skin, while Iron Fist is the world's greatest martial artist and able to summon his chi to create the titular iron fist - a massive destructive force. While they don't work on their own, the characters play off each other well. 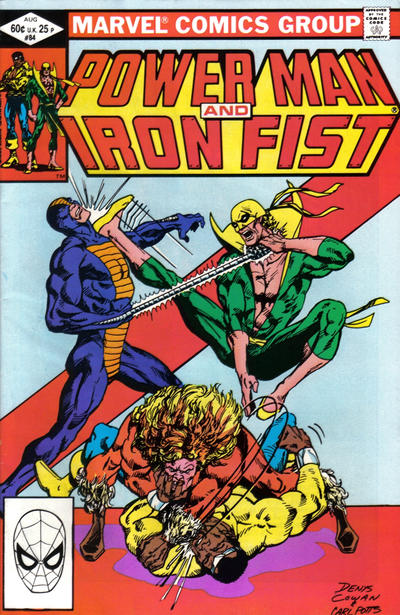 We see the runs of three writers through this book. Mary Jo Duffy who took a light touch to the tales, many of them filled with tongue-in-cheek moments. Denny O'Neil with his grounded flair and ability to mix real world issues with superhero realities. And Kurt Busiak who, in his characteristic style, offers tons of throwbacks to earlier issues - not just of this series but Power Man and Iron Fist's original series- to build on the mythology presented.

The art stays steady throughout the book. If there's a problem with this title it's that most of their villains are forgettable. Do you remember Shades and Commanche? Or Fera? Or Montenegro? Or Black Mariah? Of course you don't. The best villains they had was one issue which featured Constrictor and Sabertooth - this was Sabertooth pre-Wolverine related times, when he was just a random villain. To sum up these issues are fun and well done, but not great. 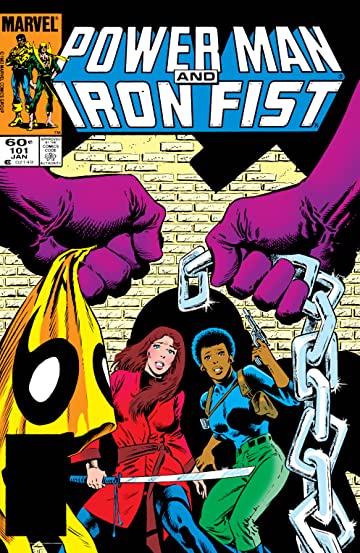