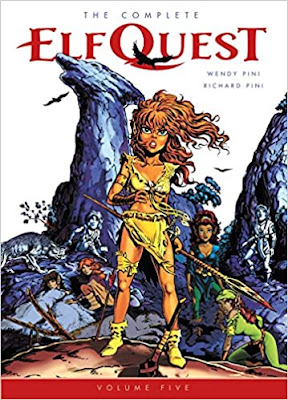 This large tome collects the remainder of the Hidden Years series, numbers 16 through 29, plus the Metamorphosis one-shot, and The Wild Hunt storyline from Elfquest volume 2, all of which were first published in the mid to late 1990s, when the Elfquest creators turned their indie comic into a franchise, creating at least a dozen titles (mostly limited series) dealing with the Wolfriders and their kin. Now that they’re collecting those stories which they consider cannon, a lot of those titles have been left in the trash. The only way to experience them is to pick up some back issues. Still, this volume is close to 800 hundred pages, so it should fill your Elfquest itch for a while.

Volume five focuses on Ember, Cutter’s daughter, and her trials in leading a separate tribe from the main Wolfriders pack. The Hidden Years stories take place at the same time as the Shards storyline - where Cutter leads an attack against a warlord to gather the remains of the broken castle. These stories deal with Ember’s inexperience at being chief and her growing pains, as the new tribe look for a place to call their own in a world that is rapidly shrinking and filling up with their natural enemies, humans. 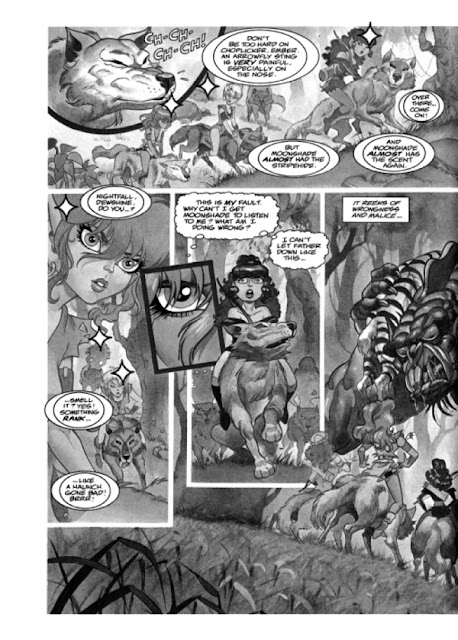 The Wild Hunt stories take place after Shards, and focus on a more experienced Ember dealing with the final few monsters created by Winnowill. They then become embroiled in a series of back and forth raids with the remaining humans warriors, which eventually force the Wolfriders to become more nomadic than they like. This causes stress amongst the group, challenges to Ember’s leadership, and introduces a new antagonist - a ranger type who knows the ways of elves and knows how best to hunt them.

Like certain portions of the previous two volumes, none of the issues here were drawn by Wendy Pini, and most of the stories were written by others as well, with the Pini’s acting in an editorial capacity. This is not to say the stories are bad, but they are different stylistically than early Elfquest volumes where they were only two people working on them. In fact I like the stories quite a bit.

Out of necessity, Elfquest had to switch venues to where the human would pose a greater threat. They were always sort of menacing in the past, but not much more than a passing problem. In these stories, they represent a monumental threat. Which leads to the basic philosophy behind all of these stories, how much will the Wolfriders have to change in order to fit into the new world? Will their “way” be compromised or abandoned completely? Well worth a look. 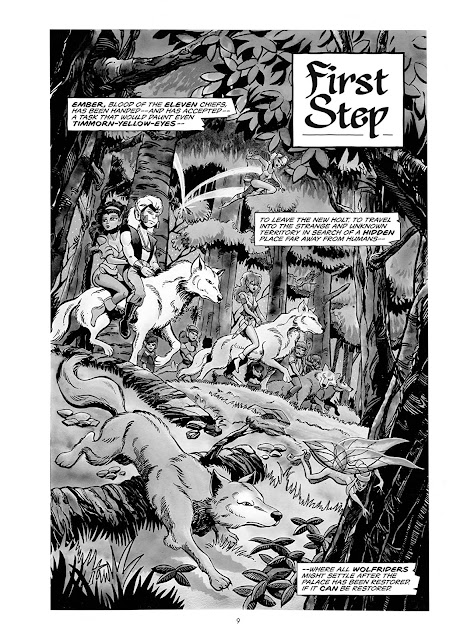