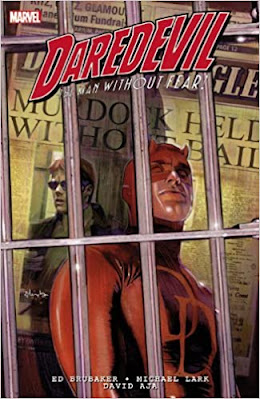 Collecting Daredevil 82-93 from the second volume of the series. I haven’t read much Daredevil recently. To be honest, I stopped reading it after the Fall of the Kingpin storyline in the 1980s, because most of the time any new Daredevil stories were just the Frank Miller stuff rehashed. Or worse they brought back dead old characters, Elektra & Bullseye, and just revamped the same old stories. The title had been stagnant for quite a while. The only new elements have been the names and hair colors of the women Mathew Murdock has hooked up with who eventually end up dead. 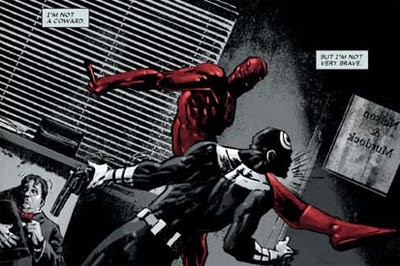 So what do you do, when real innovation will be frowned upon, but you still want to do something decent with the character? Follow what the authors here did and toss it all in together. Every major character, every major arc, has a part to play in this story. And it works! It works damn well. The Kingpin, Bullseye, Elektra, The Punisher, The Owl, Tombstone, Ben Ulrich, Dakota North, Foggy Nelson, Turk, plus a few others I’m not too sure about, all make appearances, and all seem to fit in well with the ongoing mayhem of this great story. I assumed I would be underwhelmed, but I was wrong.

Matt Murdock finds himself behind bars, a victim of a governmental conspiracy, and essentially charged with being the vigilante Daredevil. Behind the scenes, the most vicious of his adversaries are relocated into his prison, in the hopes that they will kill the hero and the Kingpin, thus saving the government a trial. A copycat Daredevil turns up and Foggy Nelson is murdered while visiting Matt in prison. And behind it all a shadowy character cackles as the superhero twists and turns. A great comic. 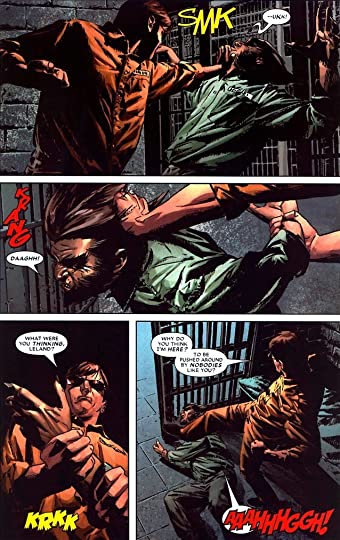