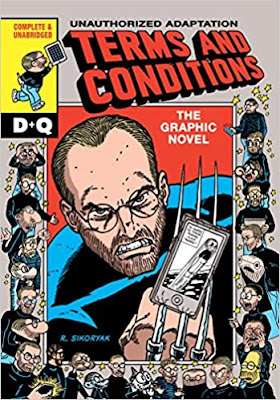 This is not so much a graphic novel, but an extended piece of concept art to make a point. Perhaps it’s much more than the average person expects or wants. One hundred and eight pages of material done in a variety of classic comic book and comic strip styles. The main character, a cartoon version of Apple creator and child slaver Steve Jobs, wanders through the world of the graphic novel while reciting the ridiculously long and tediously complex terms and conditions for Apple products. Don’t bother trying to take in the actual material, even in this interesting format it’s nearly incomprehensible, almost as bad as Finnegan’s Wake. 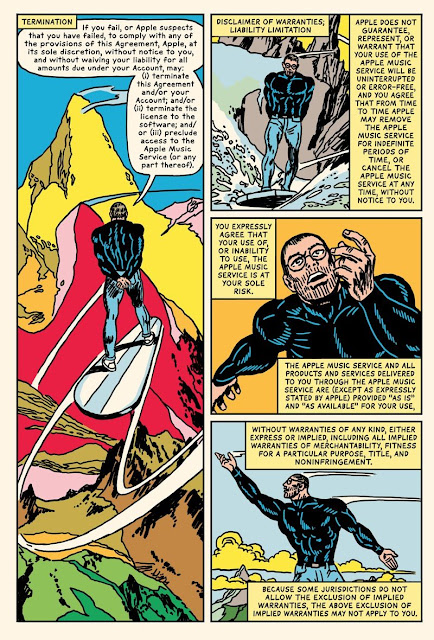 Best I could do. There were about thirty I couldn’t figure out, either because I hadn’t read the book or there were too many possibilities. 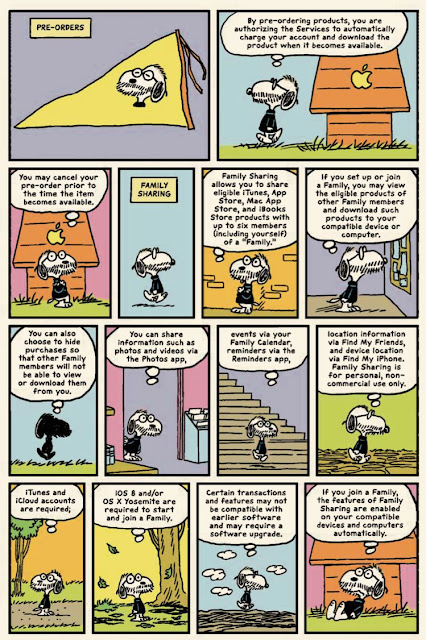