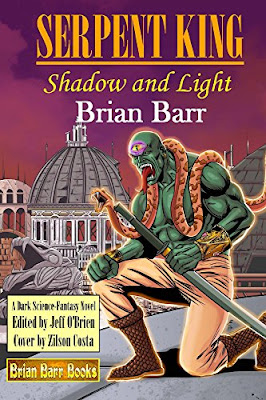 This is a great action-packed space opera taking place over two overlapping generations of a world conquering alien family, the Ur. A family shrouded in power, magic, and secrets, which eventually leads to the downfall of their civilization. The struggle presented within these pages is the classic conflict of the old versus the new- or perhaps the old once again becoming new and striking down the existing order. In this case the Naga society is under an insidious and hidden attack by a horde of demons, lurking just outside the bounds of physical reality.
The society is a caste system mixed with a meritocracy with the Emperor and his family on top, the Supreme class just below, the Elites, and then the plebs below. The interesting part is that the meritocracy is based not only on an individual's achievement, but on that person having a competent heir to future serve the society. Thus one could struggle a lifetime, only to lose everything if they produce a loser child. This is a fascinating concept and one that could be explored if the author wishes to add on to this universe in the future.

The culture has an obvious connection to Earth. Their deity is Quetzalcoatl, the Feathered Serpent, of the ancient Nahuan, Mayan, and Aztec civilizations. Various interpretations of the deity’s legends exist, but often he is associated with having been conceived in outer space, created the fabled fifth world of the Mayan’s out of the bones of the previous one, and then set himself on fire after possibly having an incestious relationship with his sister. His ashes rose into the sky and his heart followed into space. The legends of his return lead to the destruction of Aztec society.
Additionally, Ur, our protagonist’s family name, is the name of an ancient coastal in Iraq, from around five thousand ago. It is near the city of Uruk, the central city as mentioned in the Epic of Gilgamesh. It is one of the oldest, if the not the oldest city, build by man. There is also clever use of the caduceus- the heralding staff of the ancient Greeks, often confused with the modern symbol of the medical community (there is a reason for the mix up, but it’s too much to go into here). Here the caduceus is a symbol of evil magic, essentially heralding in the arrival of the new dominant race. 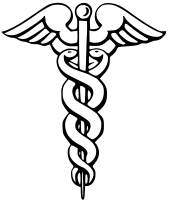 While this is a good story, I wanted to see more of was the history, culture, technology, and customs of this species. We have race that conquers others, Roman Empire style, leaving the titular heads in place as long as they pay suzentry to the lords above, but we don’t have enough on how this great race achieved their first conquest. There is some material present, but it isn’t enough. A society like this should be rich with tradition, or a lack of it as they’ve shunted off the past, or a struggle between the two. This last is somewhat present in the story, but more could have been made of it. As they are alien, I wanted to be immersed in alien ideas and thoughts.

For more readings, try books by Rex Hurst.
Posted by RexHurst at 1:46 PM