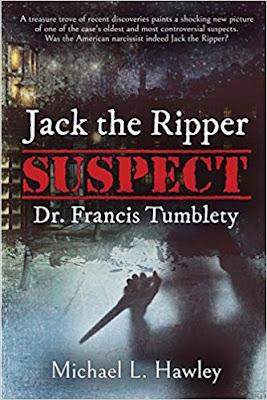 
“Scotland Yard was convinced they had a single killer who murdered two or more victims in separate events in the Whitechapel and Spitalfields districts in late 1888, thus Jack the Ripper fits the modern definition of a serial killer. What was not a consensus in Scotland Yard was which victims were killed by one offender. All told, there were well over a dozen victims of violent crime in the East End in the period in question. As in any research discipline, there are groupers and splitters. Some see the slightest similarities as justification to group together, while others focus on differences and split the groups apart. There are even modern researchers who are convinced there was no Jack the Ripper, and all of the casual prostitutes were murdered by separate offenders. Most experts agree, however, that the number of Jack the Ripper victims is in the middle, between four and six.”
This is an academic book and assumes that the reader already has a certain amount of knowledge about the Jack the Ripper case, its victims, and the investigation around it. It is not for someone who is new to the case.
Perhaps it makes too much of an assumption of pre-knowledge from the reader, because very little of it deals with the infamous Dr Tumblety in London, except for the fact that he was there. The book is more of a justification as to why Tumbletly should be considered as a serious suspect, rather than hard facts around Jack the Ripper. In fact, it is more interesting if you forget about the Ripper at all and view it as a character study of a habitual, mentally ill, but very successful criminal.
Tumblety was an “herb doctor”, ie quack and abortionist in the 19th century with peripheral ties to the Lincoln and Garfield assassinations. He was a narcissist and we'll known woman hater- especially towards prostitutes. Many times he is quoted in official documents as having stated that all such women “should be disemboweled”, and he owned the surgical tools to do this. Many at Scotland Yard considered him a likely suspect, even going so far as to send detectives after him to New York when Tumbletly absconded from London.
The main reason he has been discounted by many as a credible Ripper suspect is due to his homosexuality. All homosexual serial killers in the past have mostly preyed upon young boys. However, the author points out that the Ripper victims (however many there actually were) are not the victims of a sexual crime. They were not raped and most of the damage to the bodies was post mortem. Usually the first thing done to them was to have their throats slit. This indicates there were not killed for a sexual thrill, but for some other purpose.
However, bizarre murder was not the standard for Tumblety actions and the author justifies his assertions with the following points. 1. Tumblety's lifelong hatred for prostitutes, whom he saw as his sexual rivals for young men.
2. Tumblety's behavior changed dramatically in the late 1880s. He began to dress like a homeless drifter and not bathe, despite being the olde-time equivalent to a millionaire. As his health later deteriorates, with visible facial lesions, the author speculates that Tumbletly suffered from tertiary stage syphilis. Violent actions are commonplace for those suffering from it. Look at some of the actions of Caesar Borgia.
3. The point of the murders may have been to harvest the organs of the woman in order to attempt to create the supposed “elixir of life”. There were many purported magical societies popping up at the time who were attempting to find this version of the philosopher's stone. As life comes from the vaginal organs, it was believed that said organs could prolong life.
Obviously Tumblety failed, his disease grew worse and eventually leading to his death in 1903, but he may have been desperate enough to try. He had the tools, it was towards a class of person he despised, and was non-sexual in nature. This is a fascinating book for someone already familiar with the multitude of details in the Jack the Ripper case.