All About P'gell: The Spirit Casebook II 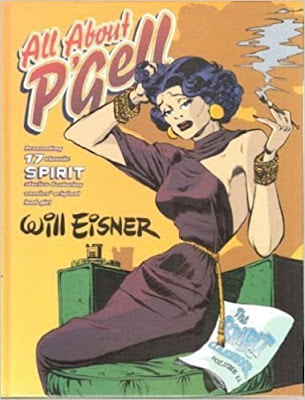 By Will Eisner (Art and Writing) Scott McCloud (Introduction)

The Spirit, as we all remember, was a comic insert into newspapers which ran from the late 1930s until the early 1950s. While Will Eisner is given sole credit for the writing and art, but it is well known he had a team of excellent artists and a few writers to touch up his work and help him along the way. Not to say the man wasn’t extremely talented, but sole credit is a little much. This becomes apparent in the last three stories when it is obvious the artists are completely different.


For anyone who is an aficionado of comics from the Golden Age of Comics, the Spirit immediately stands out. Not just because of the superior art, the willingness to try new things and play with point-of-view, but the more adult nature of some of the stories. This is because, being in a newspaper, the audience was wider-ranged and more adult. Comics were power fantasies for pre-pubescent kids and written as such. The Spirit rose above it with style. 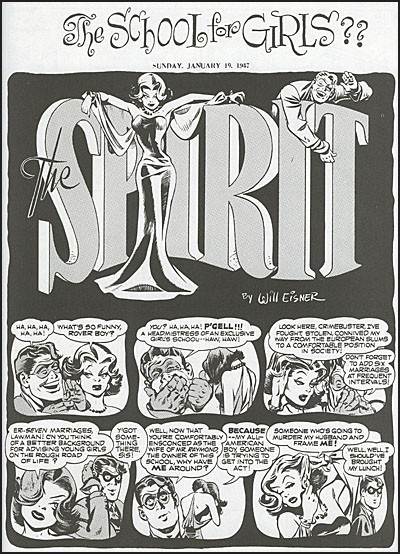 The Spirit was a masked vigilante who fights crime with the blessing of the city's police commissioner Dolan, an old friend. Establishing a base underneath his own erroneous tombstone, he funds his adventures with an inheritance from his late father and the rewards for capturing villains. One of his recurring villains was P’gell, the ultimate femme fatale. She had a bad tendency of seducing men who then die quickly, while she gathers the inheritance.
Her interactions with the Spirit aren't always antagonistic. In fact, they are uneasy comrades more times than they are enemies. When the Spirit appears, P’gell shows annoyance that this pest has arrived again to ruin her plans. While the Spirit never quite gets enough on P’gell to arrest her completely. There interplay is almost cat-and-mouse, except one party (P’gell) has no interest in the game.
This volume publishes the most of the Spirit of stories around P’gell (if you couldn’t tell from the title), 17 stories. Ironically her first appearance is left out of this collection as the publishers included it in the first volume of The Spirit Casebook.  It also includes outtakes from 2 stories "The Portier Fortune", and "Competition", where the stories were "rerun" in the strip with new openings and endings. The book also contains P'Gell's cameos in the comic as well ("Caramba!" looks intriguing enough that it should have been reprinted entirely).
For more readings, try books by Rex Hurst. 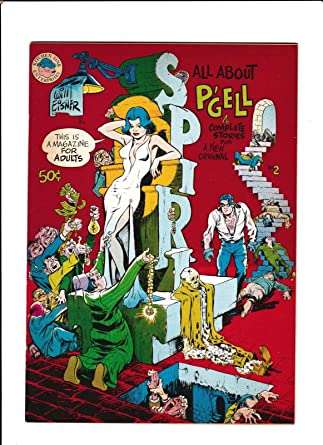 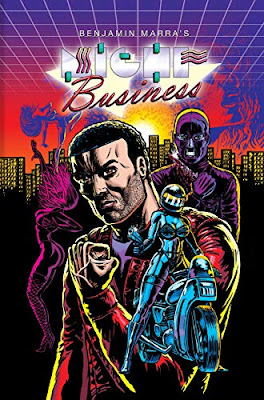 This book is not all it seems on the surface. At first it looks like just an over-the-top uber-violent action tale, a homage to low budget 80s action film, similar to the ones Cannon used to put out. Yet as it goes on, and the killings and violence just go on and on and on, it takes on the form of parody, but that’s only if you look at it a little deeper than you should. This is one of the stronger points of the book. You can take it as parody, or just enjoy a violent slasher story.


A knife-wielding killer is on the loose, committing extreme acts of violence on strippers and hookers. Only one man has a will powerful enough to stop this psychopath: Johnny Timothy. This is a jaundiced view of society. The city of this story seems devoid of any people who aren't strippers, hookers, rapists, gang members, vigilantes, sex cultists, or thug enforcers. It is a world filled with tough guys and big tits and the streets are riddled with gun-wielding rapists just looking for a woman walking alone. One man takes to the streets to avenge a dead girl, which all wraps together into a surprising ending. Not the one you might think. 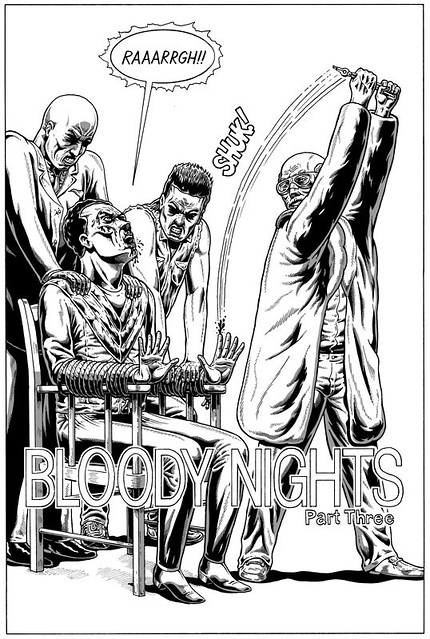 Unlike the author’s previous book, Terror Assaulter, the art does not play to the ridiculousness of the story. In this book, the art is the greatest detriment. Lots of stiff limbs, weird dialogue, and almost-good art. It kind of reminds me of the action sequences I used to draw in the margins of my middle-school notebook. This lack of sophistication really shone out when it came to differentiating between two of the main characters. They were drawn so similarly, that I sometimes got one mixed up with the other. But I still enjoyed the novel.
For more readings, try books by Rex Hurst. 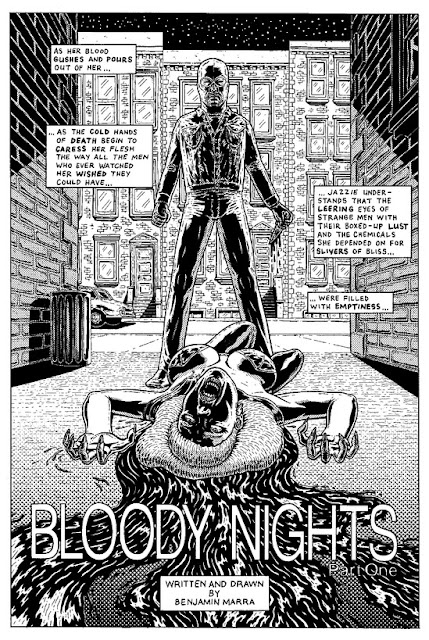 Posted by RexHurst at 8:39 AM No comments: 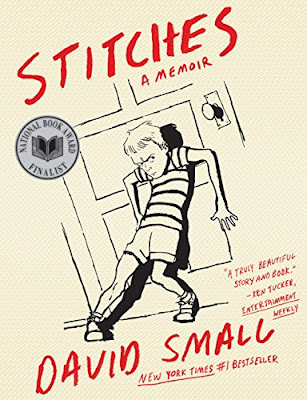 “My mother died in 1970, age 58. Maturity, reflection, and some family research have unearthed a few facts, which give a slightly different picture of this taciturn and difficult person. Her physical problems were beyond what I could imagine or understand as a child. Because nothing in our family was ever discussed outright, I only became aware of them years after her death.”


Set in Detroit, Michigan, this autobiography of the semi-famous artist David Small. The author’s family, while seemingly successful on the surface, was a crucible of repressed desires and suppressed hate. The author had respiratory problems as a child and his father, a radiologist, attempted to cure it through x-rays and radiation therapy, which was a common practice back in the day. At fourteen he discovers a lump in his throat, which his parents let go for three years, until it is absolutely necessary to remove. By then it had developed into full blown cancer, and required the removal of his thyroid gland and half of his vocal cords. 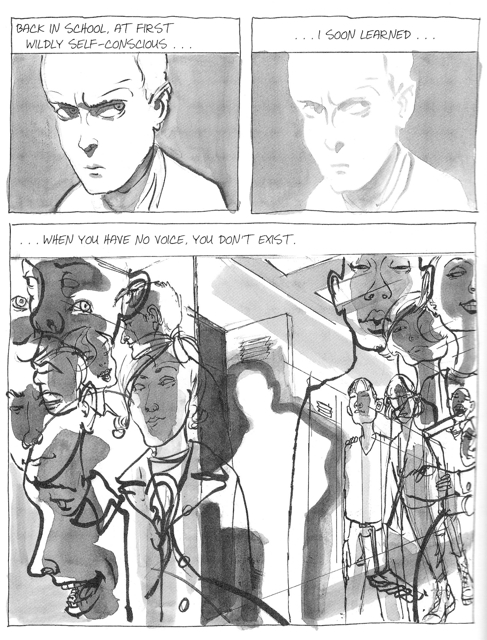 If you can believe it, things go downhill from there. He realizes he’s trapped in a house where his father is aloof and his mother doesn’t love him. This leads to the usual juvenile delinquency and eventually a host of other revelations. The author’s only escape is to disappear into his art. I won’t mention them here, but all sorts of things begin to snap into place in this twisted, yet timeless, story. It must have been terrible to live through these events, but it certainly makes for riveting readings- I zipped through all 300-odd pages in a single night.
Art matches the story in tone and brevity. Less is more is the mantra of the visual portion of this memoir and it is certainly effective. Black strokes and grey tones belie a lifetime, family generations, of grey existences and mediocre compromises. It is a grimly uplifting tale, not one that offers much in the way of hope, but there is a slight glimmer at the end of the rainbow. Well worth a read. 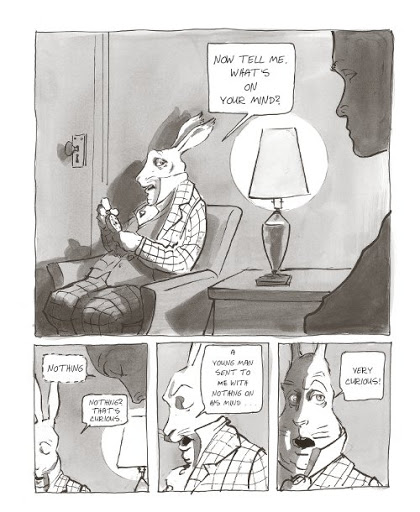 Posted by RexHurst at 9:32 AM No comments:

Brain Bats of Venus: The Life and Comics of Basil Wolverton 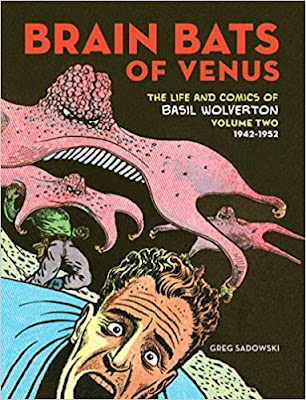 “If the comic books are to fall under rigid the censorship of a control-mad few, who, in their questionably infinite wisdom, imagine they know what is best for all of us, so must the newspaper strip be smothered by the same censorship.  Also the newspapers, magazines, books, and all publications. Freedom of the press would soon be only a pleasant memory.
“Mysterious indeed are the contortions of the brain impulses, if any, of those who hatefully struggle to ban a book of harmless features like Mickey Mouse, while choosing to ignore the underhanded creators and distributors of lewd cartoon booklets advertised in scores of adult magazines. But of course mud shows up much better if it is slung into clean areas.”
Basil Wolverton, from his forward to A Defense of Comics.
This rather massive tome is the second volume in the biography of Basil Wolverton, the previous one being the just as thick, CreepingDeath From Neptune. Wolverton was one of the pioneers of the comic book industry. Like many of the comic book men, he started out as a failed comic strip artist for the newspaper - back in the day the funnies were where the real money dwelled. This book covers his material from 1942 to 1952, when Wolverton left the comic industry. But still I think there is a place for a third and final volume. 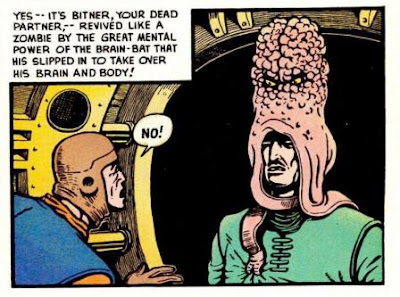 Wolverton became known mostly as a humor writer. The majority of his work was published by Timely Comics - later to become Marvel Comics - in their juvenile and teenage comics. Madcap series like Tessie the Typist, Powerhouse Pepper, and Mystic Moot and his Magical Snoot (though the later one was done as a backup feature for Zatara by DC comics) were his stock in trade, but by the 1950s, sci-fi and horror had begun to dominate the field. Thus, the end of the book is filled with wonderfully reprinted old horror material, which marked (in my opinion) the highlight of his career.
What you really want this volume for is the art. Wolverton was a master of the comic face, but that translated very easily over into horror and science fiction stories as well. There are hundreds of pages of remarkably grotesque material. This was during the height of his fame, when Wolverton won the Lil’ Abner contest to reveal the face of Leena the Hyena, reputedly the ugliest woman in the world. Wolverton won, hands down, with a disgusting portrait and his career briefly took a bump after that.

What drags this book down is that the man himself didn’t have a very fun fast-paced life which makes for a riveting read. There is paragraph after paragraph of Wolverton sent this idea out, only to be turned down in a letter which states blah, blah, blah. Over and over. A lot could've been left out. The interesting thing is that much of the correspondence was with Stan Lee over at Timely, but even that is mostly boilerplate business talk. I skimmed though these portions of the book, just to get back to the amazing illustrations.
For more readings, try books by Rex Hurst. 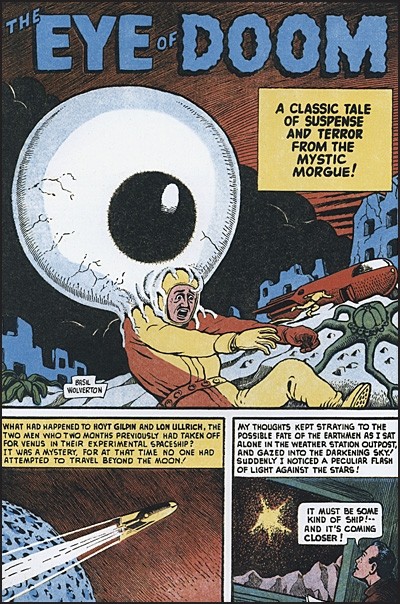 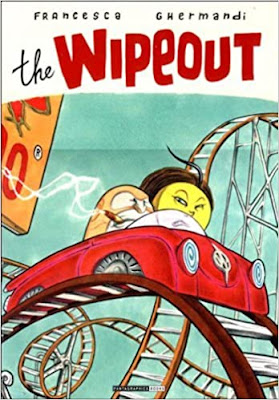 The story is a straight up noir thriller with femme fatales, backstabs, and vicious twists. In fact, it's only the bizarre art style (beautiful but abstract) that sets it apart. Why these decisions were made is beyond me. The two, writing and art, seem incongruous at first but both are so good that they gel together.
Research chemist Jim Tartaglia dreams of the riches that will be his when he finishes developing his new universal cleaning solvent. His wife, Bawl, dreams of purchasing and expensive, classy hair transplant to replace the cheap wooden one she's been forced to settle for. Virgin Prunes, their neighbor, has promised Jim she'll run away with him - if he helps her get rid of Chonfra, a wealthy entrepreneur who buys her affections.
Cartoon noir best describes The Wipeout. The cast of misfits may look like cute advertising mascots and cartoon figurines, but their passions are all too sordidly human. Francesca's hard-boiled fantasia dazzles in its lustrous palette, harking back to vintage Disney cells and Sixties Italian advertising illustration. Like the roller-coaster on the cover, its spiraling logic rattles around the tracks of your mind, long after you have woken up yourself.
For more readings, try books by Rex Hurst. 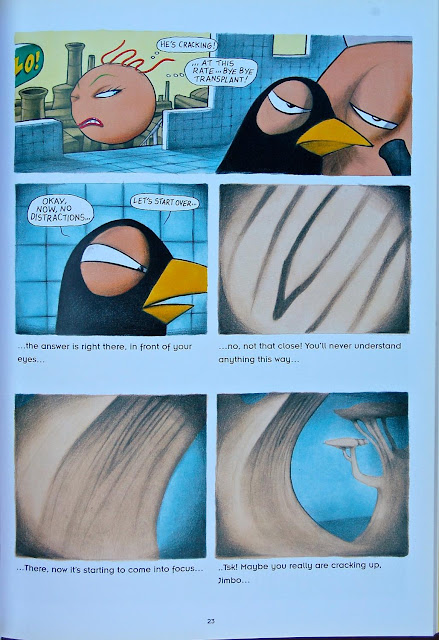 Posted by RexHurst at 1:18 PM No comments: