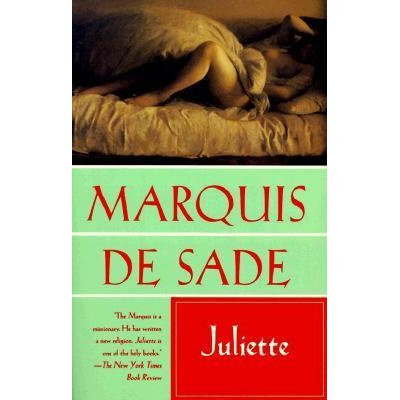 By The Marquis De Sade 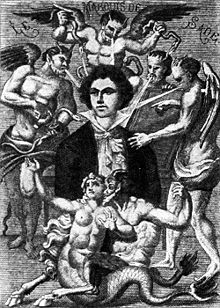 It is interesting to note that many of the views he takes (wild and blasphemous at the time) have become embraced by various liberal causes. Abortion is constantly toted by De Sade, though he goes further and says women should have the right to kill their child at any time if they tire of the brat. Atheism is another example. Apparently his belief is that barely anyone believes in the religious myths, but are afraid to say anything. “To what then must we ascribe the existence of this dogma amongst this particular people? Either to the people’s fancy or to the plotting of its priests; these being the sources of superstition, how can you allow them any substance?” And with both of these in hand, comes the general sense that the individual (in this case Julliette) is the center of the universe, and the narcissistic impulse to treat all other people as objects for their sexual gratification.
The world presented here is a jaundiced view of reality. There is no love, or warmth, or care. It is simply absent. People are there to be used then thrown aside by the powerful. Children are either burdens or instruments of incest for their parents. You are either treated with respect if you have money or a title, or are the dirt beneath the powerful feet. Narcissism is the common denominator. Perhaps this was the way that world was in the privileged upbringing of the Marquis de Sade. In a very real sense this is look at the world view of Hollywood and the entertainment industry. Where else does the aspect of libertinage, as described by De Sade, thrive. Where else are rape, sexual assault, pedophilia, substance abuse, and self-involvement viewed as business as usual as in Hollywood? 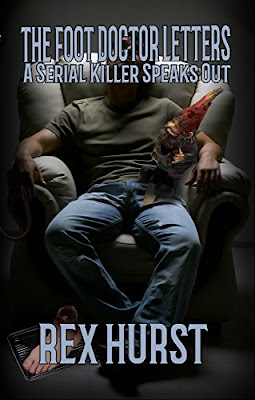 Here is chapter one of the new novel The Foot Doctor Letters: A Serial Killer Speaks Out. The plot probably seems self explanatory: a serial killer describes how he became one.  It is available on Amazon in paperback and digital format. Enjoy and Caveat Emptor!

Hope you enjoyed it.