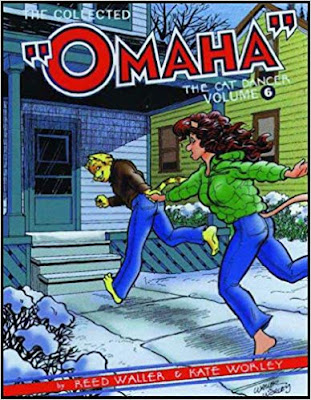 
“Krazy Kat was not simply a strip about talking critters and Omaha the Cat Dancer is not simply a comic about a sexy cat. Like the great comic strip, it is a story about life and love that resonates with the truth, and for that reason, Reed, Kate, and Jim, have made a place for themselves in that elite group of creators...the group people will always know about, always read, always discuss and ponder, from here to eternity.”


-Terry Moore (from his introduction)


Once more we have a collection of one of the most controversial and debated comics ever produced. Controversial because of the graphic sex displayed in every issue. Debated because, if one bothered to read the material, it is obvious that the book was more about sex. It was simply one part of the character’s very busy lives. In fact, it seems at times as if the writer would’ve liked to leave the sexual material in the past, but it was too established as being part of the series to completely abandon.


This is the penultimate volume before the original run of the comic ends, and we come to the final book completed in the early 2000s, which takes up volume 8. This volume collects issues 18, 19, & 20, plus four shorter pieces done for other comics featuring the world of Omaha. 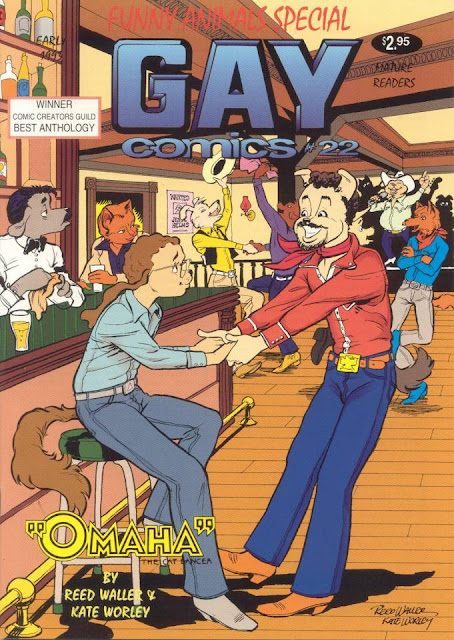 The first is a five pager where Omaha is accidentally sucked into the Cynosphere. For those who don’t know, the Cynosphere is a place where all dimensions meet and all worlds exist simultaneously and is the setting for the comic Grimjack- of which I never cared for. It’s a fun story, but not part of the whole of Omaha cannon- if you care about that sort of stuff. It was originally published in Munden’s Bar Annual #2. The next two, one is untitled and the other called “Waking Up Under a Tent”, were created for the book The Erotic Art of Reed Waller, while the last “Rob Steps Out” was drawn for Gay Comics #22 and features Omaha’s resident gay character Rob in San Francisco.


As for the regular series, the investigation of the senator’s assassination has moved on from Omaha to the mysterious Mr. Lopez, who has taken up with the prostitute Joanne. We learn the story behind Maria’s, Chuck’s mother, disappearance all those years ago (and it’s a little unconvincing). Chuck then has a nervous breakdown, or his bipolar disorder flares up- it hasn’t been revealed yet. While Omaha returns to Mipple City to see him.
For more readings, try books by Rex Hurst. 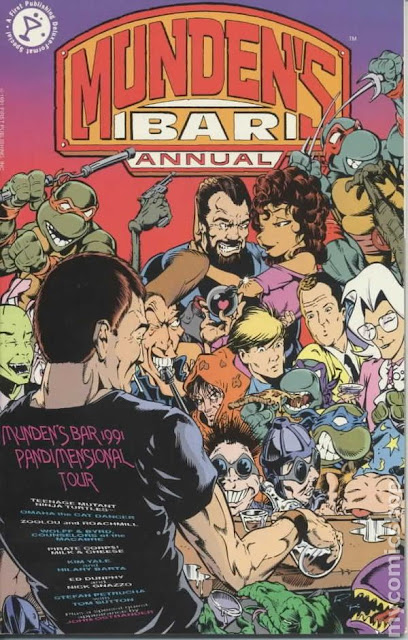