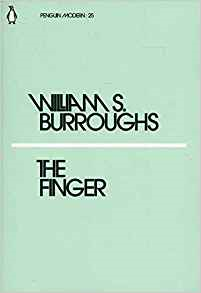 
“Morton had literally no self-respect, so that his self-esteem went up or down in accordance with how others felt about him. At first he often made a good impression. He appeared naive, boyish, friendly. Imperceptibly the naiveté degenerated into silly, mechanical chatter, his friendliness into compulsive, clinging hunger, and his boyishness faded before your eyes across the cafe table. You looked up and saw the deep lines around the mouth, a hard, stupid mouth like an old whore’s, you saw the deep creases in the back of the neck when he craned around to look at somebody- he was always looking around restlessly, as if he were waiting for someone more important than whomever he was sitting with.
“There were, to be sure, people who engaged his whole attention. He twisted in hideous convulsions of ingratiation, desperate as he saw every pitiful attempt fail flatly, often shitting in his pants with fear and excitement. Lee wondered if he went home and sobbed with despair.”
All of this book’s stories were collected in a previously published book, Interzone, which was mostly made up of rejected vignettes from Naked Lunch. Had I been aware of this at the time, I wouldn’t have purchased the book as I already own Interzone. Granted it has been a decade and a half since I read the book, so it was nice to get a refresher and I might reread the original, but reproducing this with a different name, even at a relatively low cost, is still deceptive.
These are a collection of six of Burrough’s more coherent short stories, written well before he developed his cut-up technique. They are to-the-point without much narrative or action, many of them, such as the excerpt above from “In the Cafe Central”, are simply biting character assassination of presumably people that Burroughs knew or observed.
The most comprehensive story and one of his most well-known is “The Junky’s Christmas”. This is a rare story which follows the traditional literary arc of exposition all the way to denouement. This was made into an animated short film by Francis Ford Coppola, which I have included below.
Enjoy and Caveat Emptor.