I’ve been a comics fan for a long time. Ever since I picked up that issue of G.I. Joe number 39 in the 1980s, I’ve been a collector (except for that time in the 90s when the industry fell to shit). A good friend of mine, Jeff Death, used to make fun of me about it. Saying it was childish, babyish, etc. That is until I bought a copy of Stray Bullets number one. He saw it among my things one day, picked it up, and sat down. Jeff was completely silent as he read the comic straight through, then nodded as he put it down,
“Not bad.”
Every month after, he asked, “Did the next Stray Bullets come out?”
That’s how good this series is. Even people who hate comics love it.
Stray Bullets is a crime comic series, perhaps the longest running one of its kind. Certainly the longest running one using the same cast of characters, which makes the events more poignant. Most such comics, the characters are there then blown away, or in prison, or running with the cash. You never get to really know them. Except in this series, you will spend ten to twenty issues with a character and their departure will be meaningful. People keep calling it a crime noir, but that’s redundant. Have you ever read a noir that wasn’t crime? 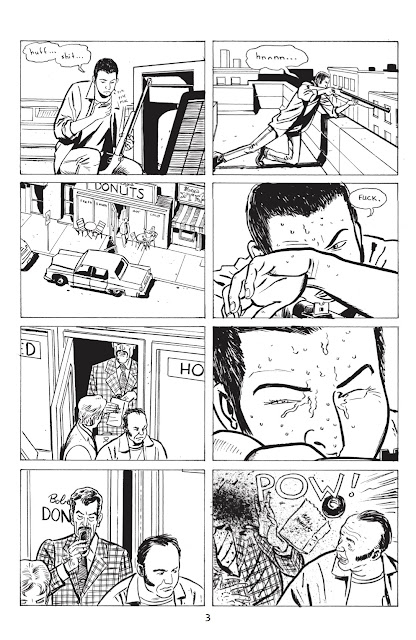 Sunshine and Roses is really the second title of the series, the first one being simply called Stray Bullets. You don’t need to have read the first series at all to understand what is happening in this second one. Though if you have, then it adds some extra weight to the events. A lot of familiar characters are about,  Orson and Beth, skanky Rose, Monster, and Spanish Scott. Now added into the mix is a new boy, the titular Kretchmeyer. Another stone cold killer with his own agenda.
Again, for those who read the first series, you will recognize that the events here happen before many of the stories in the first book. They take place between the first and second arcs, and considering that we know the ultimate fates of many of these characters, it adds some gravity and a hint of tragedy to the events.
This book collects the first 8 issues of the series - really a bargain for the price. The story stays primarily with Beth and Orson and doesn’t skip around in time and place as the originals did. So far things have been fairly linear. This is mostly due to the fact that the second protagonist of the first book hasn’t appeared. Virginia Applejack is nowhere to be seen - though Amy Racecar does make an odd appearance. Perhaps it’s just as well as the events of the story are leading to a head and I can’t wait to see what happens next.
For more readings, try books by Rex Hurst. 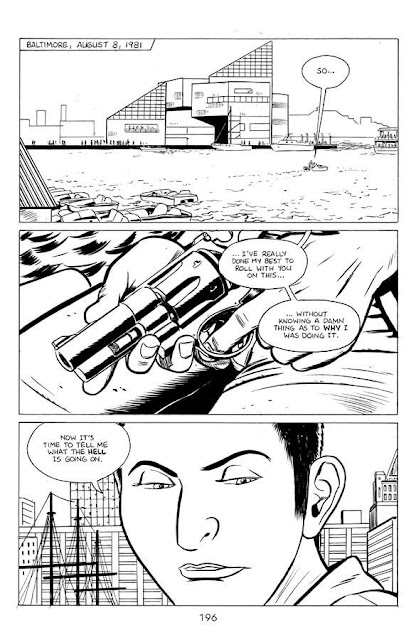