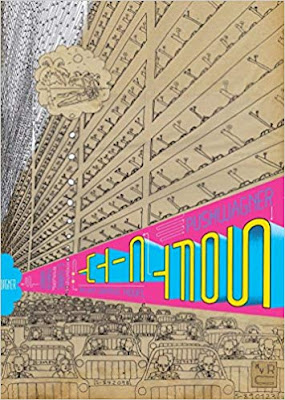 Apparently it is a miracle that this book even exists. Considered lost for thirty years, it was then wrapped up in legal disputes for at least fifteen more, and now has finally been published to less than commercial fanfare, but to the joy of graphic artists and comic connoisseurs across the globe. The joy some of these guys displayed at getting their hands on this volume was similar to my own when the Mircleman legal disputes were finished and they reprinted all the old issues – which I never had a chance to learn. You know a book is rare when the trade paperback of collected issues go for over $100.
This is the city high-rise, middle manager, version of Solzhenitsyn’s “One Day in the Life of Ivan Denisovich”. We see the actions of one family as they go through their regular day of wake up, commute to work, do their job, shop, TV, sleep. This is reflected by thousands of people about them doing the same actions. The commuting parts I appreciate, as they go on for pages and pages, accurately reflecting the tediousness of going to and from work, and just how much of your valuable life is eaten up in this activity. 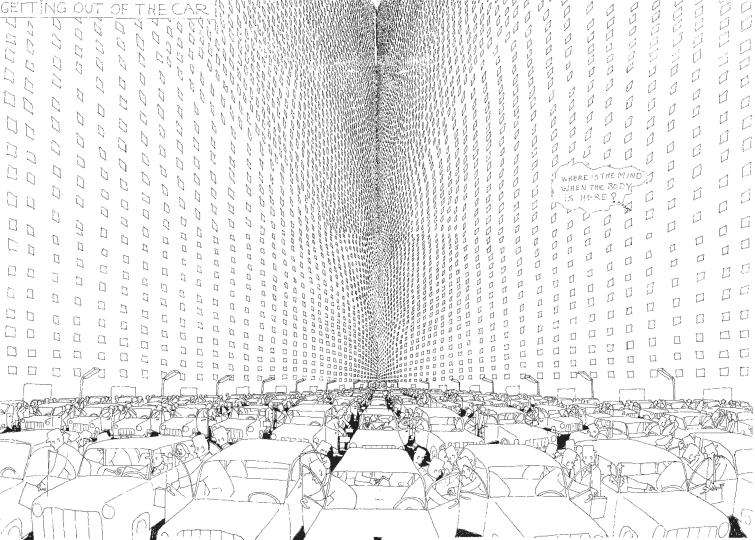 One might discuss the action (or perhaps non-action) of this book in terms of the banality of existence, the dehumanization of the individual in corporate society, the purposelessness of modern Western first world life, but it is more than that. The people here aren’t mindless drones. We see snatches of their dreams and fantasies popping up in the urban landscape. These are of the escapist sort: desert islands, beautiful women and men, flying aces in an old war. These are people with dreams not just drones.

The people here do not live in a bubble. Their job is not the world. Images of TV and the newspapers (this was drawn in the 60s when people still read such things) depict the horrible life in third world countries, making the people of Soft City feel grateful for the security of their lives, the banality becomes a virtue. At least they are guaranteed to live another day. 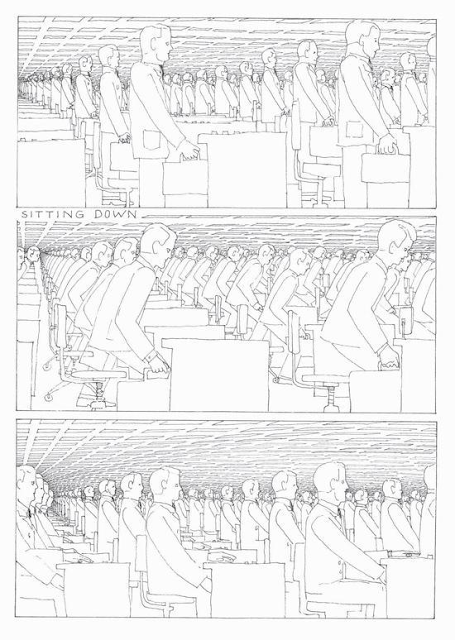 As for the artistic style, I think Chris Ware from his introduction sums it up better than I could. “It is more Schopenhauer than Schultz, more Kubrick than Kirby. In fact my mental abbreviation for Soft City, when I’d first only glanced at it and then couldn’t stop thinking about it, was ‘The Stanley Kubrick Comic Book,’ and it does share some common ground: a near-tyrannical symmetry, a Cinerama sot of scope, alternations between seemingly limitless vistas and close-ups of the human face, and a lack of any real central character, as in 2001: A Space Odyssey.” 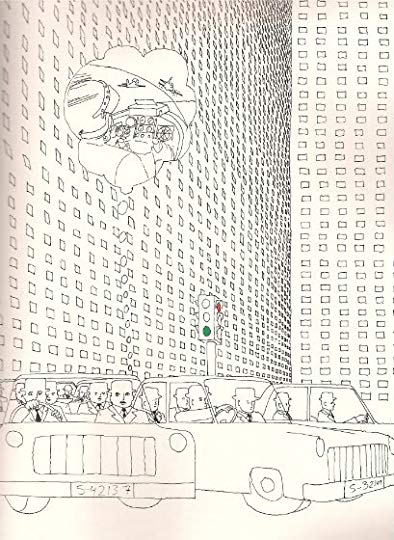