The League of Extraordinary Gentlemen: The Tempest (Superhero) 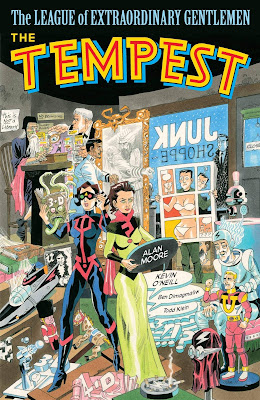 “Your Longevity. My drug-assisted abilities - - These things make us exceptional. Thus humans, envy, worship, and adore us. Live through fantasies of being us. And that is all they do. They come to think that only impossible beings are capable of greatness. They cease attempting it for themselves.”


This volume of stories doesn’t add much more to the League’s world as it does clarify and fill in the details on many characters and events we have seen in previous volumes and in the Nemo stories.
Don’t take this to mean that there aren't an insane amount of references to other works and other worlds. Nearly every word balloon and panel is jammed with them. So much so that it takes one a long time to absorb it all. I had to read each issue three times. Once to absorb the overall plot and also see what was being hinted at sub-rosa. Twice to go through and note all of the references. Thrice, with some else’s annotations, to make sure I caught them all.
As these books continue, I seem to recognize less and less of the references. In the first two, I caught them all. Now I only manage about half. I don’t feel too bad as many of the references are from British comics, children’s shows, and spy shows from the 1940s through the 1960s. Plus the odd reference to some esoteric work from the 16th century. I won’t bore you with a detailed panel-by-panel breakdown, but for those who are interested, you might wish to look here. This is the best site on the subject that I’ve found so far. 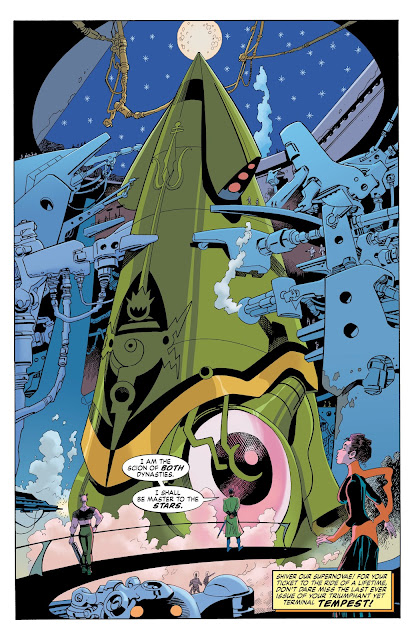 As to the story. If you haven’t read any of the League of Extraordinary Gentlemen books before then this is NOT the place to start. The action and characters here expand on nearly every event and character from the other League books and the three spin-off Nemo novellas. A person coming into this story blind will be hopelessly lost.
For those who are familiar, but haven’t read the other books in a while, I would suggest actually re-reading the originals first, or at least Century and the Black Dossier - as most of the plot springs from those books. I won’t say much more about the plot, except to definitively state this is the end. There cannot be another story in this universe (well, I suppose there could be, but it would have to be very abstract). It wraps up all major plotlines and deals with each of the characters who are left. An apocalypse is coming and this time there is no resisting it. 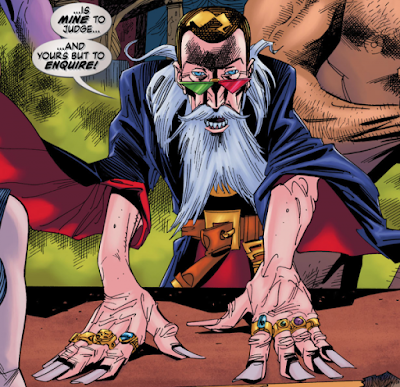 As for the unsubtle subtext, this work is to praise comics and condemn them simultaneously. The writer goes into his a nostalgic look at the past of British comics- well for the creators of them and their creations. He openly condemns the publishers as thieves, but that’s nothing new for him. But then he also sees no future in the comics medium, which is why he’s retiring. He claims that it was once a medium meant for ten-year-olds and now it’s been ruined by the very fans who made him rich and famous, who continued to purchase his products after the ten-year-old mark. Well-known for being a crank, I’m not sure what the author wants, except that what used to fill him with joy when he was younger, now is a burden rather than joy. So perhaps retirement is the best thing for him.
For more readings, try books by Rex Hurst. 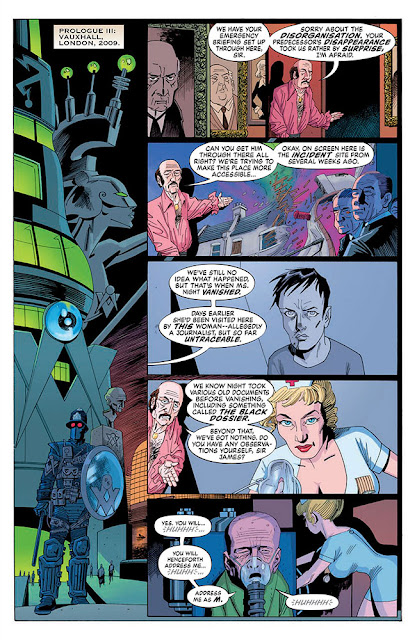