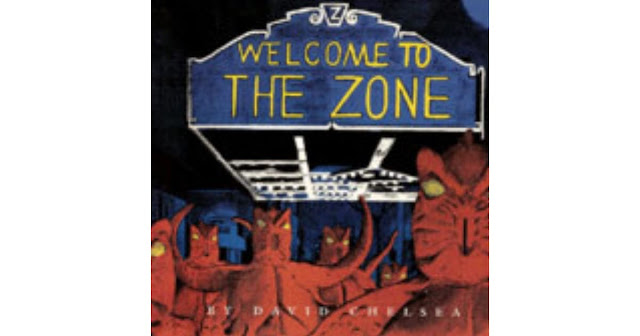 The Zone in this case is located in the East Village and is an inter-sectional area filled with homeless dregs, real estate vermin, cannibalistic aliens, misplaced robots, giant dogs, and struggling artistic types - deadbeat artists, actors, and musicians. Each character is an abstract of a person. Taken together the entire book creates a monstrous nighttime image of the New York underground art scene -desperate, superficial, and rife with wasted talent. The parallels to William Burroughs’s Interzone are obvious. 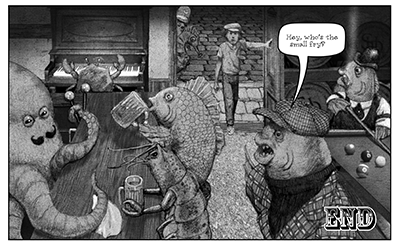 Apparently many of the characters are parodies of obscure “personalities” and actual events in the East Village at that time, but their relevance has been lost of time. I’m sure in that place in the mid to late nineties it had deeper meaning. However, it’s gone and good riddance. That perhaps makes the work even weirder now that time has erased its connection to reality. Like Alice in Wonderland, the more the original inspiration is obscured, the more absurdist it becomes.
What truly sets the work apart is the excellent pointillism here. It’s so detailed and so well done that it looks as if each panel was an almost nightmare to draw. Some of the comments I’ve seen about the book, state that the art gets in the way of the story or in differentiating between two characters, but that is ridiculous.