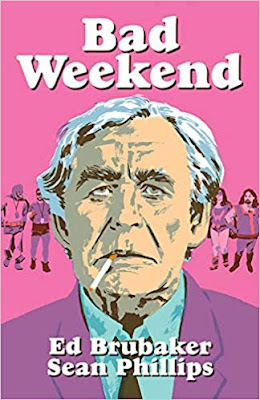 This story was originally published in Issues 2 and 3 of Criminal, but expanded content has been added to this graphic novel (roughly about 12 pages of material) to give a more rounded and fuller image of the characters. As usual, I have to state that Ed Brubaker and Sean Phillips story and art perfectly blend together, hand in glove.


For those who are reading a comic, but not into the history of comics (I know I wasn’t until later in life. I just wanted to see the X-Men punch the bad guys, then moralize about the difficulties of being “other”), a lot of the names, references, and attitudes may be lost on you. But still I suggest reading this book anyway, as it is a solid minor crime story with interesting characters and a great twist ending.

In this tale, a former illustrator, now thief, is asked to chaperone his former mentor, a notorious alcoholic and violent curmudgeon, around a comic convention. The mentor is a bitter man, ground down by the compromises and low pay of the profession he loves. Eventually he enlists the protagonist to become involved in a burglary to regain some of his lost artwork which was stolen some time ago.
For more readings, try books by Rex Hurst. 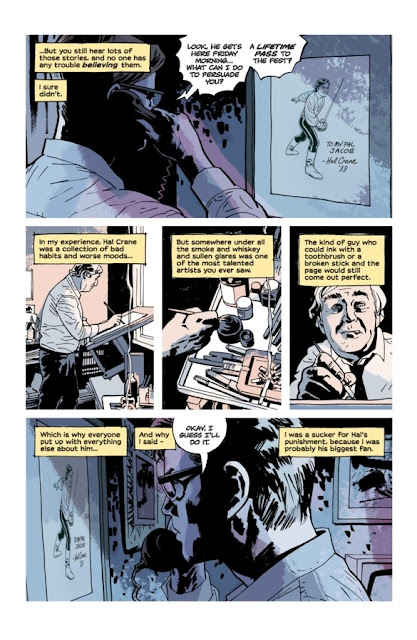