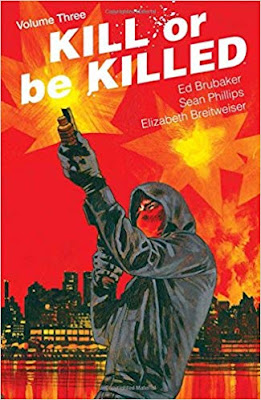 
Volume 3 collects issues 11 through 14 of the series and is the penultimate book for Kill or Be Killed. There is a short blurb on the back cover from The Nerdist which simply states, “addictive as hell”. And I have to agree. I devoured this book and moved onto the next one immediately. I almost guarantee you that if you pick up the first volume, the same will happen to you.
As we remember from the previous book, a depressed twenty-something drunkenly attempts suicide by jumping off his apartment building. Miraculously, he survives only to be haunted by a demon that claims the hero owes payment for his life. One person a month must be killed at the main character’s hands or else the protagonist himself will die. 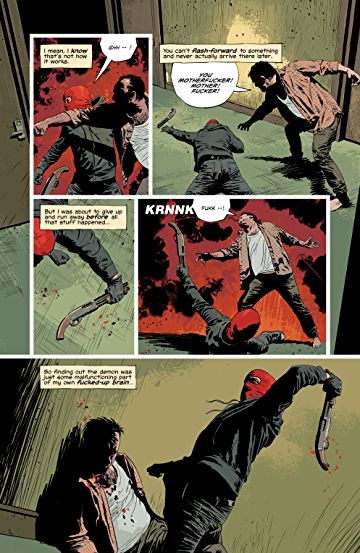 In this volume we see the protagonist’s shift from reluctant killer to full-on vigilante, whacking criminals without remorse. It transpires that one of the people killed was the cousin of the local Russian mob boss, and that the crew would never stop looking for the protagonist. So he makes the decision to go right after their leaders instead.
Along with that we discover that the demon - supposed demon - pushing the main character forward to more deaths may somehow be an inherited family curse, which plagued the protagonist’s father and half-brother, both of whom committed suicide. Still the validity of the beast swings back and forth between dementia and reality. With the ultimate truth yet to be discovered. 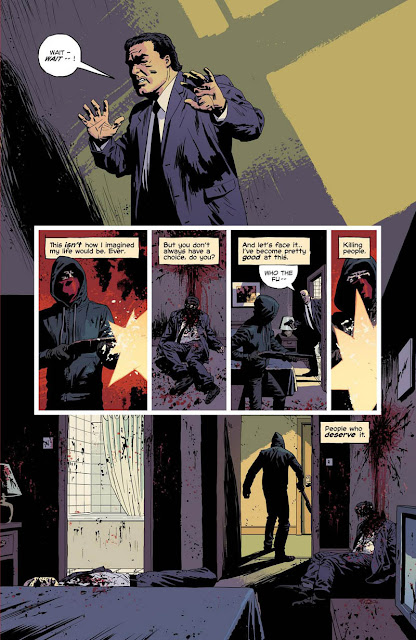