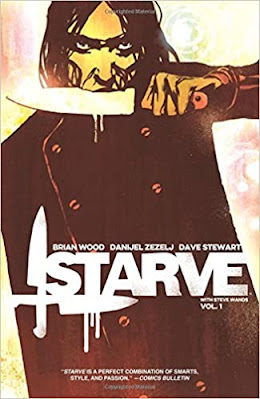 This is part one of a two-part series. In a dystopian future, the most popular TV show is Starve, a decadent, often illegal, cooking show using violence and illegal animals to create truly exotic dishes. Its creator returns after years in self-imposed exile and believes the show is now a stain on a once-noble profession. He is ready to go to war to stop it. Three things stand in his way: his arch rival, his revenge-fueled ex-wife, and his adult daughter Angiel.

Every time Brian Wood comes up with a new comics, it's always something which hasn't been done in comics before. From alternate history, to stories of the Vikings, to a future warzone that was once NYC, etc. This story is no exception. The premise sounds like a boring idea, but the execution is amazing. Somehow the artist and writer made the preparation of food gripping and drama ridden on the flat page. Zezilj's art is moody and expressive, perfectly suited to the dystopian nightmare world where the financial divide is nearly irreparably distant. There’s always something deeper going on than the surface layer of the story that Brian Wood tells. Starve is about the gap between the rich and the poor. It’s about the over-consumption of resources by the privileged. It’s about the waste and excess and greed that kills the environment and assures that the poor will continue to starve. It’s about the difference between pride in doing something well and the desire to be recognized for doing something well. 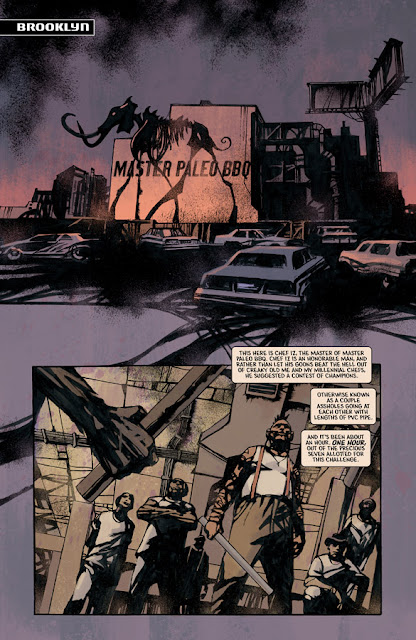