He-Man and the Masters of the Universe Minicomic Collection (Fantasy) 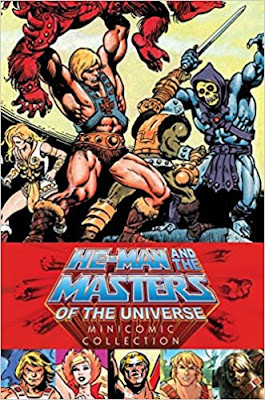 By Various Authors and Illustrators

For those who grew up playing with toys in the 80s, you probably picked up a few He-Man characters. Maybe you played with Ram Man, or Evilin, or Man-E-Faces, or Triclops, or Fisto, or Stinkor - not to mention the titular He-Man and Skeletor - and so on. If you did, then you also received a mini-comic with the purchase. A little twelve page booklet, depicting the figure you just bought in a violent story. As you can guess, this volume collects all of them together for the first time, plus two which were never released, and a script for a minicomic surround the Faker He-Man character - a notoriously unpopular toy, which was supposed to be a clone replica of He-Man made by Skeletor, so it was just the He-Man model painted blue.

I bought a lot of the first and second edition of figures in the Master of the Universe line, so most of the initial ones in this book, I was familiar with - or vaguely remember from the dim memories of youth - but after that it was a discovery of old characters and toys which I had completely forgotten about. The purpose of the mini-comics was to introduce the reader to how the new character fit into the developing MOTU world. Kids often mimicked what they read in the books, and then developed new adventures afterwards based on these first premises. These mini-comics were the key to He-Man’s longevity, as you bought the toy not just for the figure, but the story that went with it. 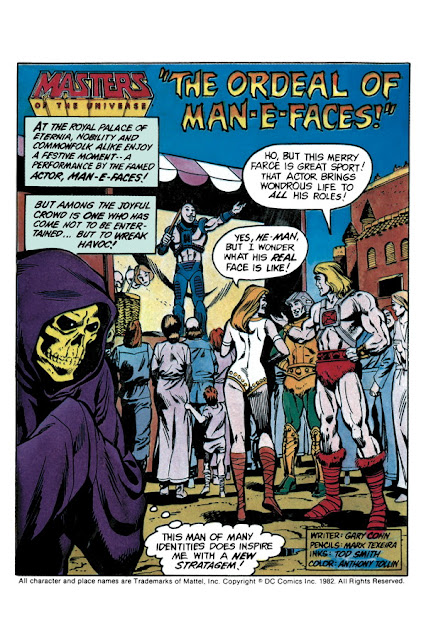 He-Man came out before the toy industry had standardized how to sell a toy line as they did in the 80s. Usually, the toy line, cartoon, and comic book were all coordinated together with a corresponding story bible. He-Man had the mini-comics and the toys. All the rest came later, including the story bible. So eventually there is a certain amount of retconning as the world developed.

First thing you’ll notice is that He-Man’s name is just He-Man and he leaves his barbaric tribe looking for adventure before coming across the Sorceress and Man-at-Arms (which is his real name then, not a title). It isn’t until the Filmantation cartoon do we see a whiff of Prince Adam and Orko. The most amount of retcons deal with Skeletor’s past. First he comes from an alternate dimension where his features are normal for his race. Then he is an acolyte of Hordak - this is when Hordak was meant to be a foe of He-Man, rather than She-Ra. Then he is possibly the brother of King Randor of Eternia and thus He-Man’s uncle. And so on, and so on. Personally I believe they should’ve just kept things ambiguous like DC did with the Joker.

The mini-comics cover a thirty year span of publication and so the art and writing varies. The first ones are the best art wise, in my opinion, then slag off a lot, before roaring up to greatness again by the end. What you have to keep in mind, those readers not touched by nostalgia, is that most of these were written for 8-year-olds, while the last few were written for people in their thirties. 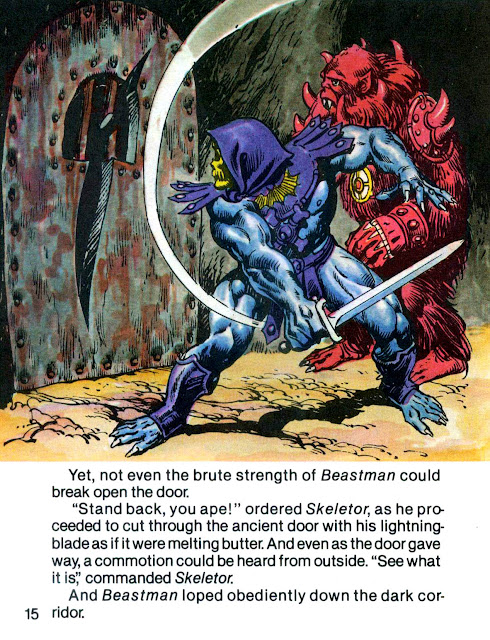