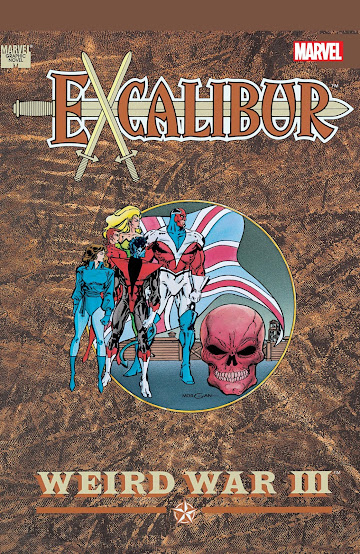 This is a spin-off graphic novel from the Excalibur series from the 1980s, which itself was a spin-off title from the X-Men after the Mutant Massacre event, where it seemed a lot of the X-Men died, but they were really just hiding. Personally I always thought the Excalibur was an excuse for Chris Claremont to play around with a lot of Alan Moore’s ideas from his run on Captain Britain - those first twenty issues and the initial graphic novel certainly used a lot of his ideas. It was made up primarily of Shadowcat, Captain Britain, Nightcrawler, Phoenix, and the rest.

Some people loved this title, some hated it. It certainly tended to be a lot more light hearted and tongue in cheek than most  X-titles - which was not a bad thing. This story is an addition to an early Excalibur story line, The Cross-Time Caper, which ran from issues 12 -24. Apparently it was originally slated for nine issues, but another three were tacked on, along with this graphic novel. In the original Cross-Time Caper, the heroes mainly fought with their alternative universe - Earth 593 - counterparts from a world where the Nazi’s one and Charles Xavier was one of Hitler’s top men.

In this story, somehow both universes - 616 and 593 - are merging and Excalibur finds their personalities fused with their evil counterparts. The team must first discover what is happening to both worlds, and then discover a method of separating the realities. The art is great, kinetic, and full of energy, but the story has a few plot holes and seems a bit rushed. They could’ve used another ten pages to make things really flow. But it was still a decent enough story, just not the most memorable one. 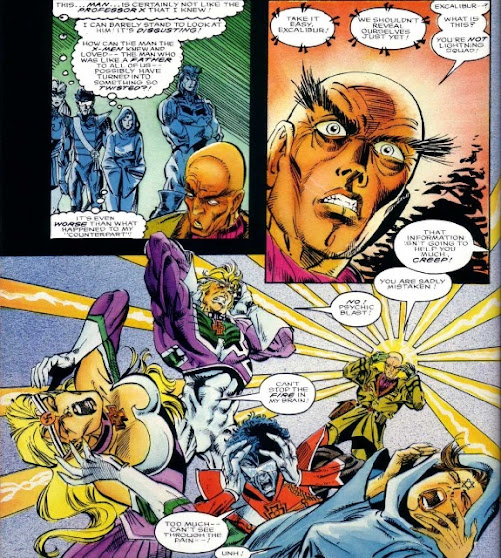