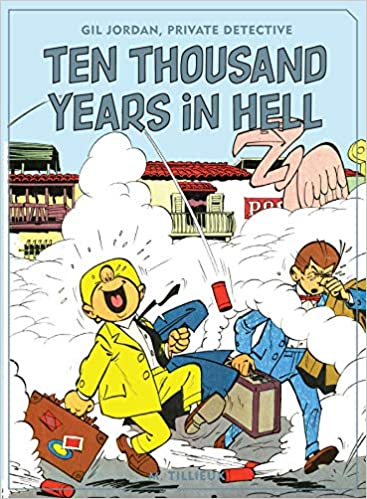 A classic series finally translated into English. Often when the greatest artists, writers, and series of European origin are discussed, the name Tillieux and the series Gil Jordan are mentioned. High praise is heaped upon these two, but alas myself being an ignorant American and cannot read French - mostly by personal preference - I haven’t been able to read any of it.  By the way the protagonist’s surname is spelled Jourdan in French, but when translated to English they changed it to Jordan. Not sure why.

This book contains two albums of the series, which were originally published in 1960 and 1961 respectively in the Belgium comic Siprou during its golden age. Gil Jordan ran from 1956 until 1978 when its creator died. Essentially similar to Tin Tin only with a more adult edge, Gil Jordan worked as a private investigator. His stories involved him being hired by people to solve crimes and mysteries and generally getting himself into trouble. 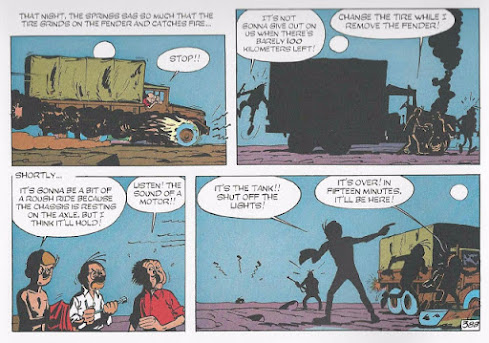 In the first story, “Ten Thousand years in Hell”, Jordan and his trusty sidekick and comic relief, Crackerjack, journey to a South American dictatorship in order to find a kidnapped weapons designer. Arrested on trumped-up charges of espionage, they are taken to the prison-mines of Xique-Xique, located in the middle of a scorching desert and from which escape is said to be impossible. This is the better of the two tales and contains some decent action and a tension-mounting chase scene, which is really excellent.

For the second, “Boom and Bust” Jordan receives a threatening letter which is actually addressed to someone else. Intrigued, he and Crackerjack go to see the letter's intended receiver in another city. There, they become embroiled in what would be a ridiculously complicated bank heist. Too much of this story depends on luck and the main characters just happening to run into things, which fit the plot together. 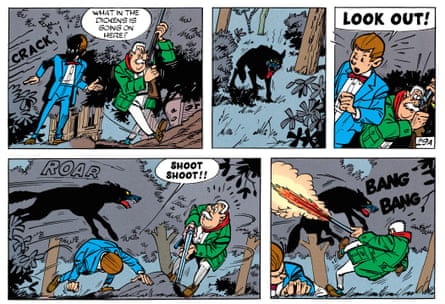