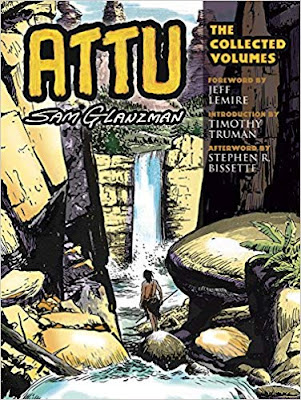 For those who have never heard of Attu or understand why someone would collect the volumes, don’t beat yourself up about it. It is an obscure publication from an obscure publisher, 4Winds. Those of you who read some of the previous graphic novel entries may remember them mentioned from the reviews on Alvar Mayor: Silver and Death and Moving Fortress- both of them originally published in the South American markets and translated into English by 4Winds.


The company, founded on a shoestring and a dream, managed to produce two volumes of Attu before its collapse. Attu was different in that it was a wholly original work commissioned by the owners and created by a silver age great Sam Glazman. For those who aren’t familiar with the name, the bulk of his work was devoted to war and mystery comics in the 60s and 70s, along with his favorite Hercules by Charlton Comics. Perhaps his greatest work in the war arena are the semi-autobiographical U.S.S. Stevens and A Soldier’s Story- both which are still in print. 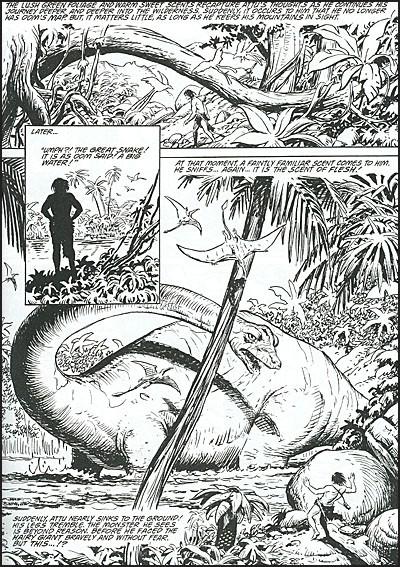 I was unfamiliar with most of his work (except for the two titles mentioned above) and his name didn’t immediately leap to mind when I thought of old comic greats, but as you can see from the credits above a lot of people who’s work I respect (Jeff Lemire, Timothy Truman, Stephen R. Bissette) respect the work of Sam Glazman- and that’s enough to make me look at Attu in depth.


For an old time artist who was used to everything he created being owned by the company outright, the chance to publish a creator-owned work must have been a dream come true. This book is a weird one. Ostensibly, it begins on Earth in 137 million BC (or BCE as they now call it) where cavemen and dinosaurs live together, but quickly adds many science fiction elements. Progressing at breakneck speed, our hero is quickly off planet and involved in interstellar intrigue. A lot of material, good material, is packed into this volume. 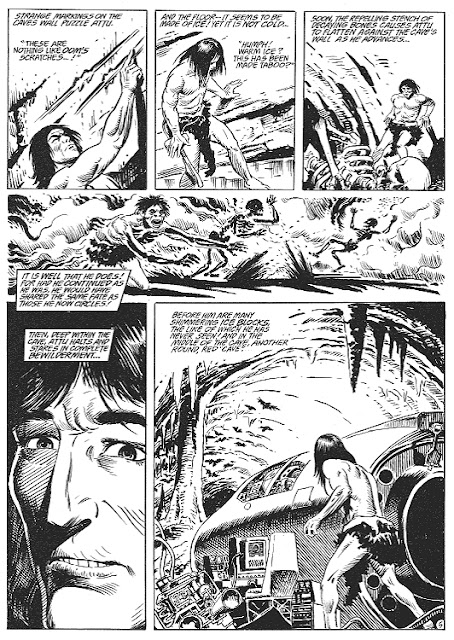 Also included in this Dover reprint are pages from the unpublished third issue of Attu. They are a little rough with a few spelling errors and, for some inexplicable reason, they rewrite Attu’s backstory. Still this is a chance to let a master illustrator work on a project and do whatever he wanted. The pages are beautiful. And let me give a little shout-out to Dover Graphic Novels who collected this edition. They publish (and republish) some great material and they are well work a look. Plug Dover Graphic Novel into Amazon and see what comes up.
Posted by RexHurst at 9:06 AM