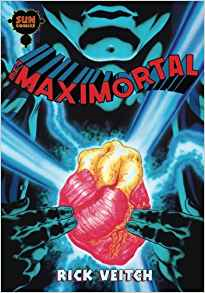 
This is a part re-imagining of the Superman mythos, part retelling of the origin of the comic book in America.


The Maximortal is a somewhat confusing story of a super powered baby coming to Earth (sort of) and being adopted by Earth parents, before being scooped up by the US military. Sound familiar? Of course, it does. It is a redone origin of a character who will morph into the volume's Superman analogue, True Man.


The clever irony here being that Superman is a mythological ideal, while True Man reveals a darker nature to humanity, the yin and yang in concordance, which prevents the better angels of our nature from taking flight. 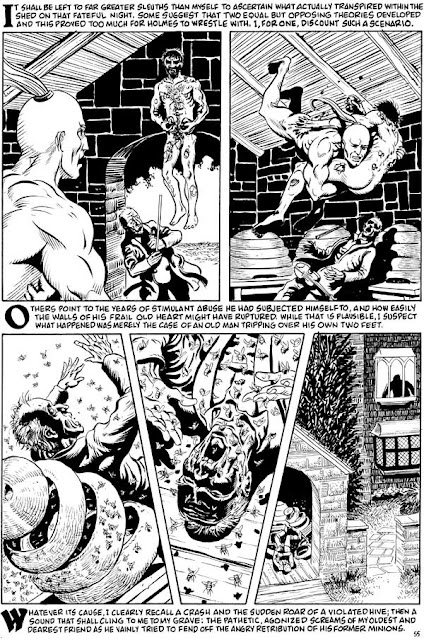 While in essence it is a retelling of the origins of Superman, it is a completely unique story and it raises one very important question. If a child has super strength, invulnerability, and heat vision, how do you discipline him?  How do you prevent him from destroying everything in a fit of childish rage? The age of reason is seven, that's a long time to put up with a superbrat.


It retells, with slight alterations, classic events such as the creation of Superman by Siegel and Schuster, them being screwed out of their fair due by their publisher, Walt Disney's rise to power based on his cartoon, the congressional witch hunt into comics, William Gaines crashing on speed while speaking before said committee, and the creation of the comics code authority- pushed by superhero publishers- forcing out the popular horror and crime comics. This is all done in the context of the advent of True Man. 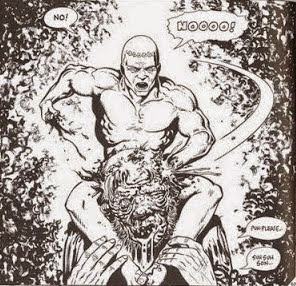 Many have compared this (not without reason) to the Pulitzer Prize winning novel The Adventures of Kavalier and Clay and have pointed out that Veitch's Maximortal preceded it by about 7 years. While this is true, they are just as different. The Maximortal being much more violent and almost mystical at times.


Overall, the story is somewhat lacking. It was wrapped up too quickly in the last issue with several hasty explanations. There certainly was more of the story to tell, but sales must've forced him to wrap up the series.

For more readings, try books by Rex Hurst.
Posted by RexHurst at 8:53 AM