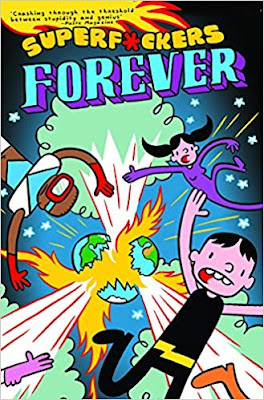 
The sequel to the cult hit Superf*ckers. One of the most insane  superhero comics ever written. Ostensibly it is about a group of superhero teens in their clubhouse (or whatever it is) who are supposed to be righting wrong. However, like Aqua Teen Hunger Force, an actual description of what happens in the story defies description. Fractured plots and dialogue written by stoners, abound. The Superf*ckers do nothing but bitch at and beat each other up.  It is filled with foul language and disgusting incidents, and is a hell of a lot of fun.
Some people might be put off by the seemingly simplistic and bigfoot lined nature of the art - I know they do, because they’ve yelled it at me repeatedly whenever I've recommended the previous volume- however it fits in perfectly with the stoner, slacker, video gaming heroes presented in these pages. 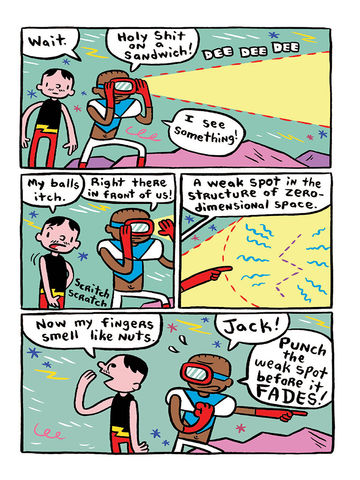 Super Dan, Jack Krak, Ultra Richard, and Princess Sunshine (among many others) live in a world of self-indulgence, arrogance, cliquishness, sexual adventure, and substance abuse. Almost exactly what you expect from a group teens with superpowers and no parental supervision.
The material transcends parody and becomes an object of pure surrealness. Neither the Marx Brothers nor Salvador Dali, could’ve done a better job with the material. It is the Duck Soup of the superhero genre.
For more readings, try books by Rex Hurst. 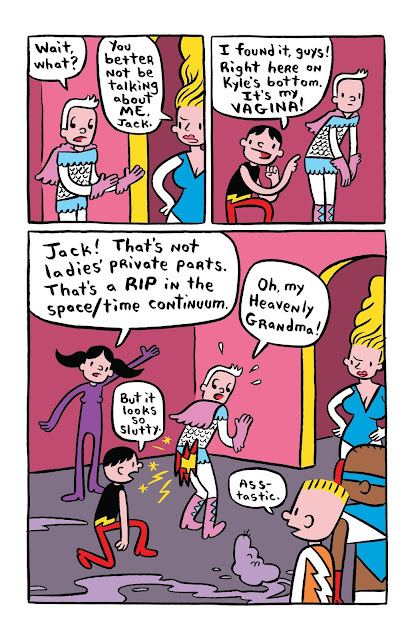