Ladies in the Parlor (Crime) 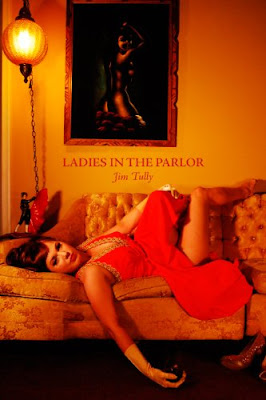 “An Irish woman who had married a Jew, Mother Rosenbloom’s name was known wherever sex was bartered.
“She was between fifty and sixty, and weighed nearly three hundred pounds. Her breasts were as large as pillows. Her earring, studded with green and red stones, dangled two inches. The diamond rings on the short third and fourth fingers on each hand were encased deep in the flesh. It had calloused around them, giving evidence that the rings had not been removed for years.
“Her red painted cheeks were puffed and dimpled. She wore a gold watch at the end of a long chain. It went up and down like a censor as her heavy body moved forward.”
A term which emerged in the early 1900s was called “Comstockery”, which means “excessive opposition to supposed immorality in the arts”.  This term is named after Anthony Comstock, a moral crusader, post office inspector, and politician, who used his position to stamp out morally reprehensible material that was posted through the mail. Ladies in the Parlour is a fine example of a victim of Comstockery.
Originally printed in 1935, the book was seized from the publisher by the police on obscenity charges (eventually the book was also condemned as being blasphemous) and burned. It would not be reprinted until this edition in 2014, 79 years later. It is reprinted warts and all. The original version had several typographical errors in it and they are all put right back into the text. I didn’t find them that distracting, but I know it might drive some people crazy.
As I said in my review of the author’s other book, Shanty Irish, Jim Tully was co-father of the hard boiled style of writing. Along with Dashiell Hammett, he pioneered a blunt forceful style that hammered the point home in direct impactful language.
The matter was taken to court and the ruling upheld, with New York State Magistrate Jonah Goldstein writing that the novel was “Simply dirt in the raw, the pages of this book are replete with lascivious matter.”
However, newspaperman and hypocrite hater H. L. Mencken’s opinion was decidedly different. “If Tully were a Russian,” he wrote, “ read in translation, all the professors would be hymning him. He has all of Gorky's capacity for making vivid the miseries of poor and helpless men, and in addition he has a humor that no Russian could conceivably have.”
Despite all of the hysteria, by modern terms the book is pretty tame. In fact, in this story of women working in a brothel ,there is not a single sex scene. It is a character study of the women in a high end whorehouse and what brought them there, but there is none of the dirt that would accompany modern prostitution tales. All the girls want to work there, none regret their decisions, none have ever been raped or molested (except one and the reference is easily overlooked). 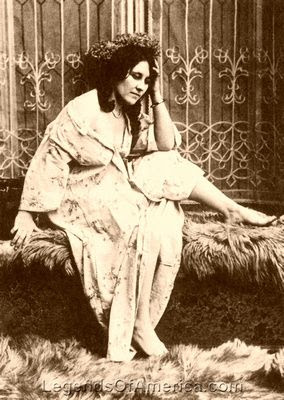 The story follows Leora, the eldest of nine children in an Irish family, who rejects the life of her poor parents and drifts into casual prostitution and later convincing those men to pay for a fake abortion. She eventually becomes a full time prostitute until the madam of her brothel passes away from pneumonia.
Some may claim that it is some sort of male wish fulfillment fantasy, ie. The Happy Hooker, but the lack of sex in the tale nixes that criticism in my opinion. While the book is thin on plot, or lacks an arcing theme, it is best viewed through the lens of a sociological look at a time in America that has gone with the wind.
Posted by RexHurst at 2:06 PM