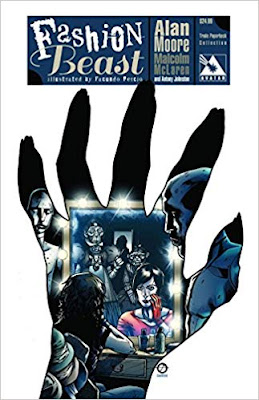 
This book has a bit of an odd history as it was never intended to be a comic at all. Apparently back in the 80s, Moore was approached by Malcolm McLaren, infamous manager of the Sex Pistols, and asked the comic writer to collaborate on a film script.
They talked back and forth, eventually settling on this punk, near- apocalypse, adaptation of Beauty and the Beast. Well, things didn't work out and the project was shelved. Zip ahead 25 years and the head of Avatar Press gets ahold of the ancient manuscript and decides to turn it into a comic. It's a rather ironic twist that Alan Moore, a notorious hater of comics becoming films, has his film script become a comic. 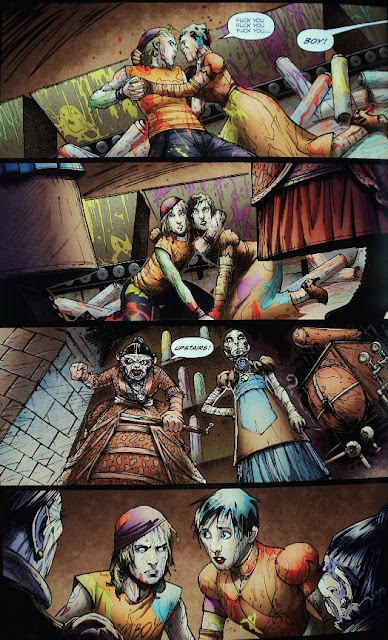 The entire story has an 80s punk twang to it. Half of the drive behind the punk movement was the belief that it was about to be the end of the world, that inevitable nuclear annihilation was just around the corner. So you better fuck and party now.
Here we have this ancient fashion house creaking out designs out of step with a world on the edge. People are settling in to survive a nuclear winter, all able bodied men are being conscripted into war with an unnamed enemy- it being the 80s the assumption is that the war is being waged against Russia. Domesticated animals are replaced by dehumanized people (horses and dogs).
All the while the fashion-fame cycle keeps pumping out material, with a tortured recluse as the top designer. Riddled with gender-identity swapping, odd romance, and a panache of when the author was writing at his prime this is a different kind of book. For fans of his, this is one of those stories you really should pick up. Had it come out in the 80s, it would’ve been a much bigger hit. 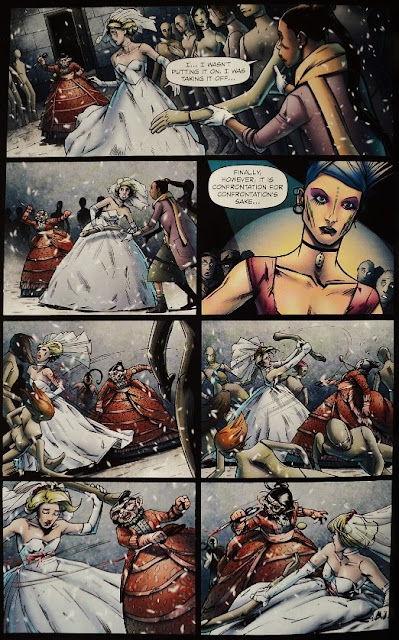