Legacy: An Off-Color Novella For You to Color (Crime) (Graphic Novel) 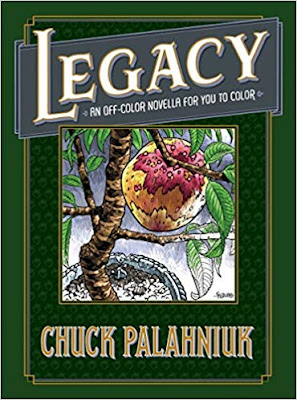 A large format adult coloring book, which has become a mini-rage now, tell a novella length tale from Chuck Palahniuk (I’ve never known how to pronounce that name). While the book clocks in at 150 some odd pages, the words are in 32 point font and there are plenty of pictures for you to color in.


I often go back and forth on Palahniuk’s work. His earlier material, Fight Club, and so on is dead-on great, but as time continues his work seems sloppier and sloppier, more dashed out and less thoughtful. Which is probably the case as publishers are likely to print whatever he dashes out on his name recognition alone. His fame hasn’t done him any favors. 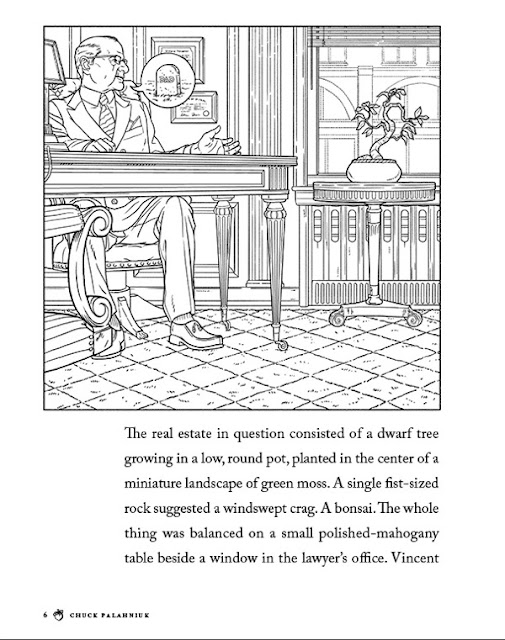 He is obviously educated and brings his knowledge to his work, but it is presented in such an off-hand way that it comes across as shallow. It’s as if he’s writing down to us. That he expects anyone who reads his material to be too stupid to take in any grand themes or detailed material, peppering up his narrative with off-color material, stripper, drugs, profanity, but essentially this is a quick dashed off story with a banal twist.


The action revolves around a magic bonsai tree that every thousand years sprouts a magical peach that grants whoever eats it immortality. A man inherits it from an absentee father and becomes embroiled in bloodbath after bloodbath as various forces try to track him down and obtain to the immortal fruit. 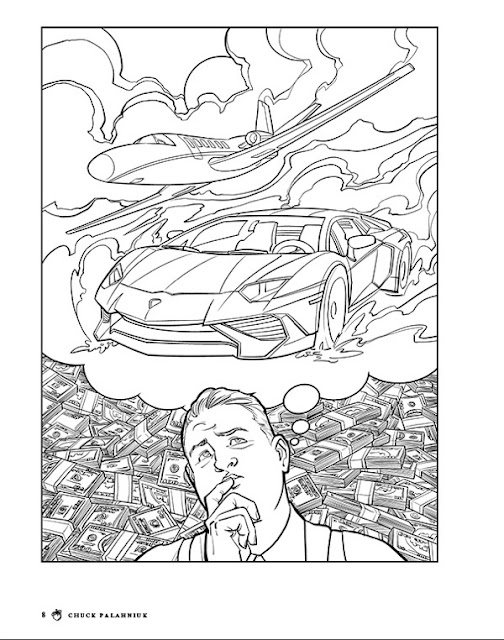 For more readings, try books by Rex Hurst.
Posted by RexHurst at 10:26 AM