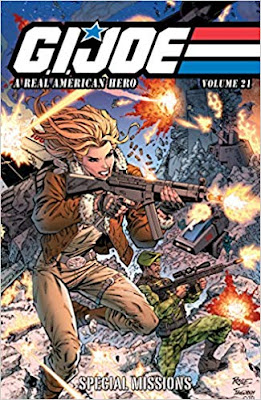 
To anyone who has an old school knowledge of GI Joe the title of this volume should be familiar. It is the name of the second GI Joe comic put out by Marvel back in the day. Single issue adventures dealing with the Joe's missions not related to Cobra- or at least that was how it started.


The five issues here are of a similar format, though they focus on a single character from both sides of the fence, rather than a specific mission. These little one shots offer a good insight into the character and Larry Hama is the undisputed master of the war story- the only rival maybe being Joe Kubert. You cannot help but feel for these characters who are walking the knife’s edge with dignity in an effort to fight off evil.


The first issue centers on Stalker and his Nam flashbacks. As time goes on his night terrors increase causing him to doubt his own effectiveness to the team. A hostage situation allows him to learn the truth. 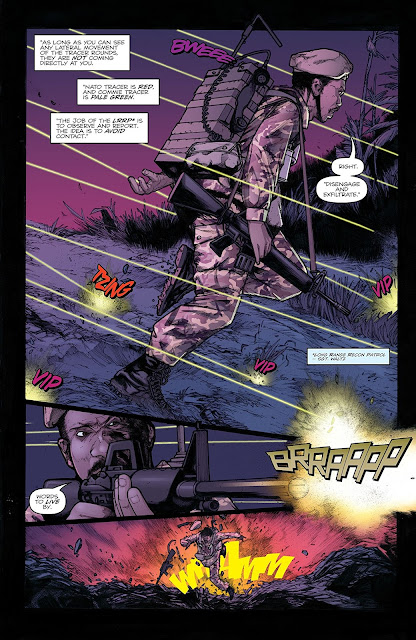 Second is a rare look into the backstory of the Baroness. We know she came from a world of privilege and due to her distant parents, liberal colleges, and the death of her older brother (a charity organizer, murdered by communist activists in Vietnam) became radicalized into a terrorist. Her meeting Destro in college seems too coincidental, but it's always been stated they had a past. We have just never been privy to some of the details.


Next story focuses on Duke and Roadblock and their last mission before they were recruited into G.I. Joe. People forget these two mainstays were not originally part of the team. They showed up in issue 22 at the funeral of General Flag and machine gun down a Cobra helicopter about to blow the funeral to hell. By the way the previous issue, 21, was one of the best GI Joe issues from the original series ever. The only problem I have with this action packed story is that the two soon to be Joe's refer to each other by their code names before they could have been issued them.


The fourth story deals with Destro and his sales pitch to a Middle Eastern dictator. As Destro is the head of MARS weaponry, this story has a bit more gun talk and security system development than most GI Joe stories. But there is still plenty of action.


Last are two stories revolving around the deceased Snake Eyes. One has Scarlet retelling old stories of Snake Eyes to his replacement. Most of them are rehashes of old issues, so it becomes rather redundant. The only thing new is where Snake Eyes acquired his latex masks that he would wear outside. The second story is very short and deals with Dawn's training into the GI Joe team. She is the one who gained all of his memories in the old Cobra Brainwave Scanner. 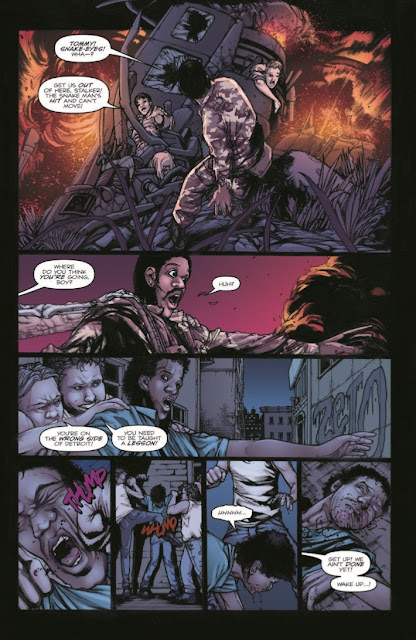