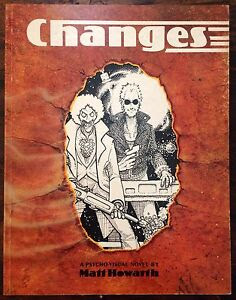 Many of you may not have heard of Matt Howard, but he has been writing about the residents of Bugtown and the Post Brothers for close to four decades now. This particular volume introduces us to his standard parallel dimension shifting protagonists, the Post Brothers. These stories were originally serialized in the early issues of Heavy Metal magazine. I own several of them, I discovered, but did not remember this serial- primarily because those early issues had up to five different serialized stories at the same time, some of which were not actually continued in the next issues (you might have to wait two or three issues for the next instalment). Which is why those early issues of Heavy Metal always seemed to be a perennial dick tease.


The back of the book describes this graphic novel as gonzo science fiction. For those youngsters unfamiliar with the term, and many think this is somehow related to the Muppet character, according to Miriam-Webster gonzo is a “style of journalism marked by a lack of objectivity due to the writer's immersion in the subject and often participation in the activity being documented.” How does this relate to the graphic novel? It doesn’t. Thus we have to extrapolate a different understanding of gonzo in relation to this book. 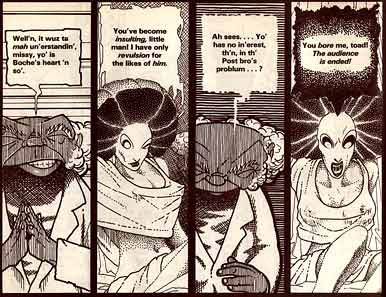 This story should have been described as more postmodern than gonzo. Its thin plot is embellished by an often bizarre black-and-white visual style meant to confuse. Essentially two dimensional shifting brothers kill a man in exchange for a snort of “astral cocaine” but are double crossed with demon coke, sending them on a violent ride across hostile dimensions.


In typical postmodern style the events are more an emotional reflection of ideas, rather than a concern with plot or character development. The quality of the art shifts from episode to episode with the style correspondingly as random as well- befitting the story. It varies from bigfoot thick lines to very detailed pointillism drawings. This book will be either a love it or hate it default for each reader. If you want your standard graphic novel beat-em-up fare, then give it a miss. If you want something different, it’s definitely worth a look.
For more readings, try books by Rex Hurst. 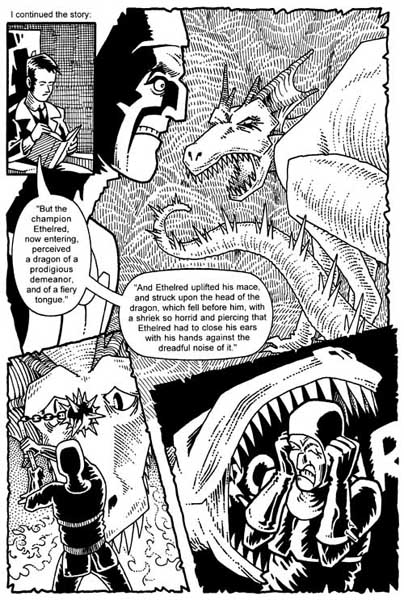