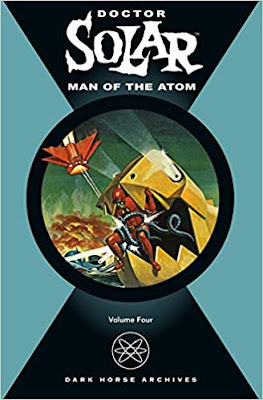 Who is Doctor Solar? Why he’s the Man of the Atom. A scientist accidently gets trapped in a nuclear testing chamber and absorbs exactly 550 rotogens of radiation, transforming him into the Man of the Atom with the ability to transform his body into all sorts of energy. He is a living nuclear battery. No longer dependent on food and water – in fact, no longer having either a heartbeat or a human metabolism – he obtains the energy he needs by exposing himself to nuclear radiation.


This volume collects issues 23 through 31 of the Dell series, along with a rare crossover issue where Dr. Solar meets with another Gold Key title, The Occult Files of Dr. Spektor. There is a nineteen year break in the series between issues 27 and 28. The reason for this was that in the 80s, Gold Key withdrew from distribution to newsstands and began publishing comics under the Whitman Comics imprint. These were distributed to retail stores in packages of three issues. Thus they began churning out a few more issues with the original creative team to shore up their ranks. 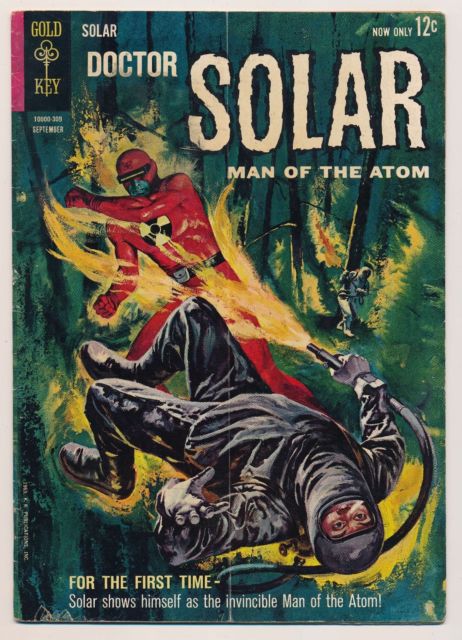 There is a definite shift in the tone and action between issues 27 and 28 (as one would expect there to be), and these reflect the changing styles in the comic industry between the 60s and 80s. First there is more character development in the 80s issues. The 60s comic are all about action, action, action. A problem occurs, Dr. Solar needs to fix that problem, he does, end with a smile. In the latter issues he broods over his fate. That not needing to do basic human things like sleep and eat and emitting massive doses of radiation causes a strain in his relationship with other people. Thus his beautiful assistant pines for him, but he dare not return her love lest he accidentally hurt her. None of that was in the first 27 issues.


Also in the 80s issues, the covers change. One thing Dr. Solar had for it were all of those wonderful painted covers. Simply beautiful, but that was scrapped for the last 4 issues. In fact, they were pretty bad covers (or at least forgettable) even for the time, but then they were being sold in bags of three. However, the interior art becomes much better, reflecting the increased skill of the illustrator after two decades. So take your pick on which you prefer. 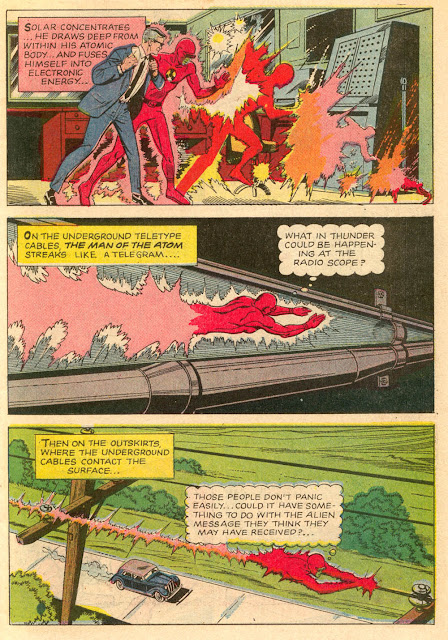 Going along with this trend, the villains change also. In the 60s, Dr. Solar is exclusively fighting against the evil genius Nuro who has transferred his mind into a robot and been re-christened King Cybernoid (I’m sure it sounded cooler in the 60s). This villain appears only once the in the 80s issues and he sure acts differently. But in all of them, Dr. Solar beats them with an excellent combination of brains and bizarre energy power. 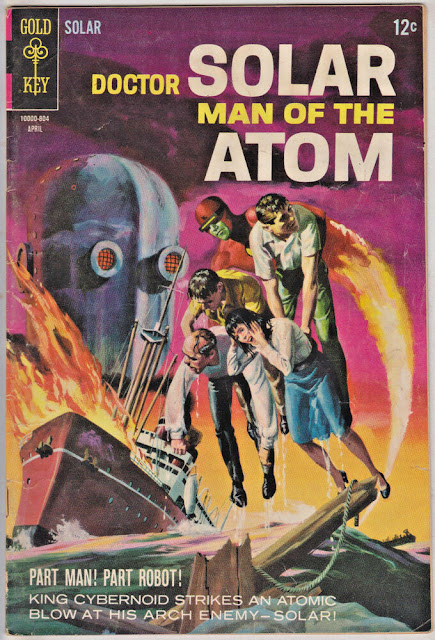