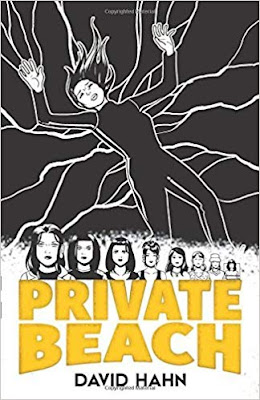 
I’m shifting here slightly from my current trend of reading obscure 80s indie comic titles to reading an obscure indie comic from the early 2000s. Private Beach first began being published in the 1995 with seven issues swiftly following, before (like most indies) ending on a cliffhanger with no resolution. Now decades later, all of the issues have been collected and a thirty page ending given. Also included are various shorts staring the characters and set in the same universe.


While I never read the comic while it was first published, I always like when creators are allowed to go back and wrap up old series like this, as Alan Moore was able to do with Lost Girls. For those who might be interested, the ending here does not wrap up all the oddities neither does it explain the mysterious weirdness crawling behind the scenes of the series. It is simply an ending. One which will probably not satisfy, but does leave the door open for future stories in the Trudyverse - should there be any demand. 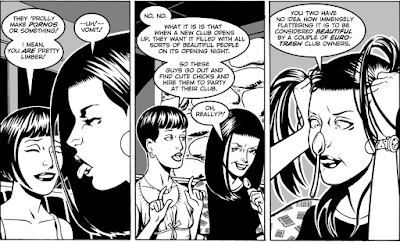 Essentially, it is the story of Trudy and her semi-hipster pals making their late Gen X way through life with wry observations about life, dead-end jobs, with some sinister weirdness creeping in around the edges of the page. The characters are likeable and most of the action is light, in that breezy style common back in the day (perhaps popularized by Preacher) where the overall plot was almost considered secondary to the characters realistic interaction with each other. This might be just as well, as the resolution will probably not satisfy.


Despite that, the book is very enjoyable and blends art with text and story beautifully. The only criticism is that two of the characters are so similar looking, I got them confused occasionally. The author has gone on to more mainstream work, as well he should, his talent certainly deserves to be spread about. 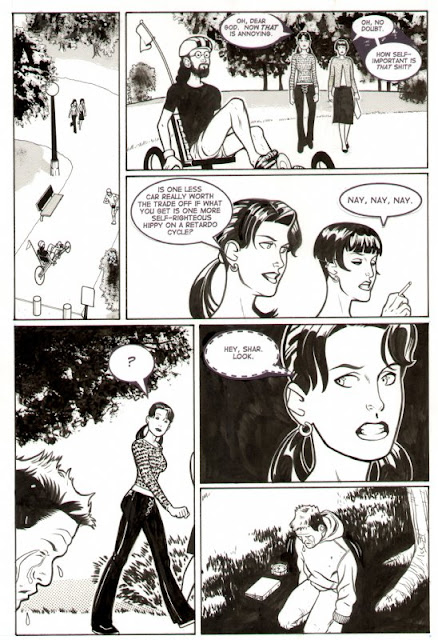