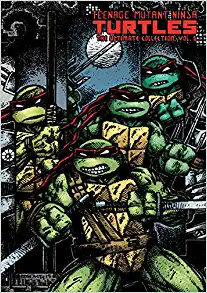 Volume six collects twenty nine short stories dealing with the Turtles and their universe. All of them hail from the 80s when the creative talent was hot. The previous two volumes come from the 90s and, in comparison, the later issues seem to have lost their mojo. Whether they ran out of steam or talent, the energy, the momentum, is just not there. These amazing stories just punctuate it.
They are collected from the back pages of old comics, exclusives for the TMNT Role Playing Game (again this was the 80s- RPGs were at their height of popularity), benefit stories, and a few crossovers- kind of- with the Puma Blues, an indie comic near forgotten today. 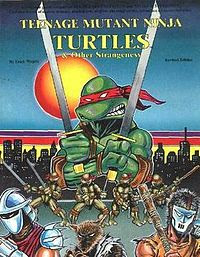 The annotations are interesting because Kevin Eastman writes a page to a page and a half on each story gushing over the layouts and the art. Peter Liard, on the other hand, often writes two sentences claiming to not remember anything about it, seems completely uninterested, or just points out some minor flaw. I'm not sure if this is true, but he comes across as a little bitter. Don't know about what, but he put almost no effort into his contribution here.
There is a volume 7, but it's a collection of covers and sketches and other crap I'm not interested in. Even at half price it's not worth the money to me. Maybe I'll try out one of the turtle's clones like: the Adolescent Radioactive Black Belt Hamsters, the Pre-Teen Dirty Gene Kung-Fu Kangaroos, the Naive Inter-Dimensional Commando Koalas, Mildly Microwaved Pre-Pubescent Kung Fu Gophers, Geriatric Gangrene Jujitsu Gerbils, Adult Thermonuclear Samurai Pachyderms, Immature Radioactive Samurai Slugs, Cold Blooded Chameleon Commandos, and the Genetically Modified Punk Rock Pandas.
These are all real. Check them out.
For more readings, try books by Rex Hurst. 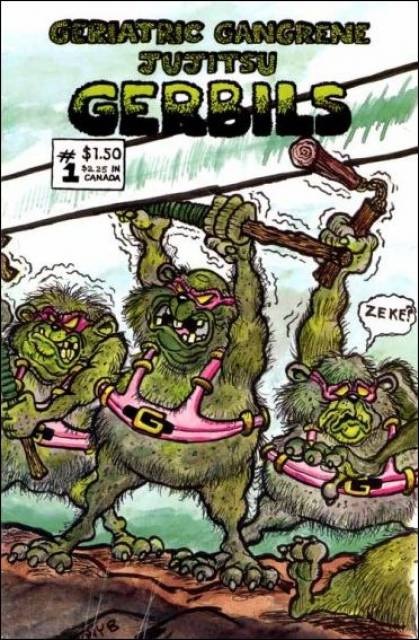 Email ThisBlogThis!Share to TwitterShare to FacebookShare to Pinterest
Labels: TMNT