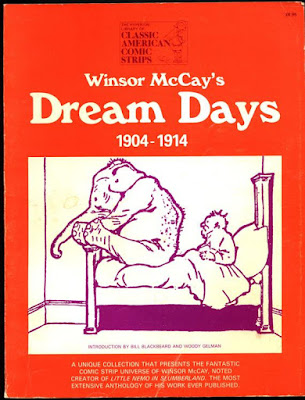 Winsor McCay was an American cartoonist and animator around the turn of the previous century. This is when the circulation wars were at their height and every paper was competing heavily with their neighbor. The daily comic’s page was just starting to develop and grew in popularity exponentially. It was well known a paper couldn’t survive without a good comics section. Winsor Mccay was one of those who first developed the comic’s page into what it is today - or used to be before everything went online. 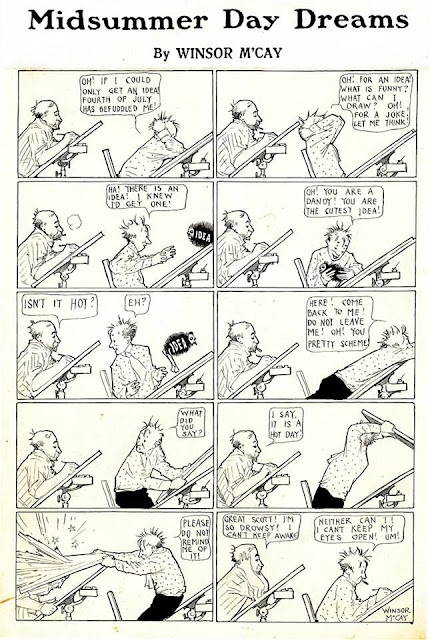 While there were many firsts in cartooning at that time, there is little that stands out as still being exceptional. The one big exception is McCay’s Little Nemo in Slumberland - still touted as one of the greatest American comics ever. This book does not contain any of that material. Instead it is a collection of various strips the author worked on prior to Little Nemo, from 1904 - 1914. These begin from a time when comics didn’t have titles, to emerging short lived bits like It Was Only a Dream, Dreams of the Rarebit Fiend, Poor Jake, Midsummer Day Dreams, and Autumn Day Dreams.

One of things you’ll notice in these comics is the use of the dreaming theme (which encompasses all of Little Nemo in Slumberland) begins quite early and seems to have obsessed him throughout his entire career. Much of the material in the early 1900s was pratfalls and word play, grounded in reality. The dream scenarios allowed him play out whatever fantastic ideas popped into his head without people being turned off. It worked for Alice in Wonderland. I’m also including a clip of his cartoon Gertie the Dinosaur. It was one of the earliest cartoons and all animation cells were hand drawn by McCay himself. Enjoy. 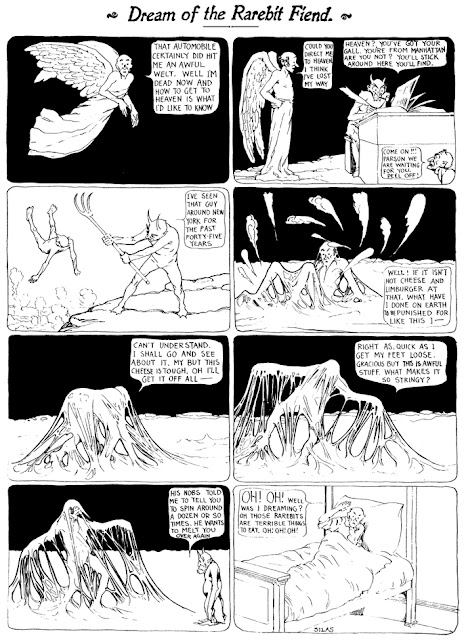