Cortez: And the Fall of the Aztecs (History) (Graphic Novel) 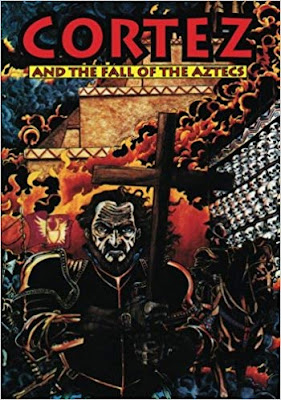 “The Aztecs had little time to celebrate their victory. Military analysts agree that if the Aztecs had continued their pursuit of the Spanish, Cortez and his men would have been eradicated. But the Aztecs didn’t pursue, much to the surprise of Cortez. There was a new enemy that attacked Tenochtitlan and it was far more devastating than any weapon of Cortez...smallpox.”
It’s amazing how much interesting and good history is packed into such a small volume. This book describes in detail the history of the two peoples, Spain and the Aztecs, and both empire’s subsequent rise to power. These were both warrior cultures where the ability to destroy the enemy was a person’s highest prized trait. The Spanish domination eventually came down to superior firepower and armor, disease, and religion.
Primarily the background deals with the legend of the feathered serpent Quetzalcoatl. The coincidences between what the legend of the God’s return foretells and Cortez’s arrival are staggering. It’s almost enough to make one believe in time travel, and that someone from the future planted the seeds for Cortez’s arrival. 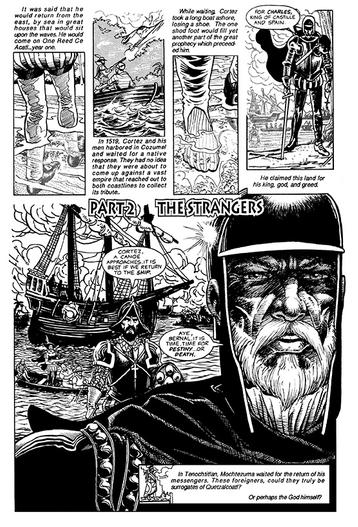 While the book primarily deals with Cortez and Montezuma, it also has a detailed list of other conquistadors who discovered for the Old World various parts of the now-well known world. From Amerigo Vespucci who discovered that South America was a separate landmass and not Asia, to Ferdinand Magellan, possibly the first European to sail on the Pacific Ocean. Additionally it gives a certain time to discussing the Olmecs, the first race to built the impressive ziggurats and buildings which every other South American empire copied.
The art is detailed, passionate, and bloody- without being too gory or exploitative. It accurately depicts the passion, the ferocity, the joy and sorrow, which must have been prevalent during that monumental time in history. An excellent primer for those unfamiliar with the era. 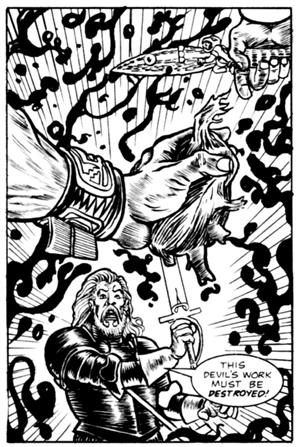