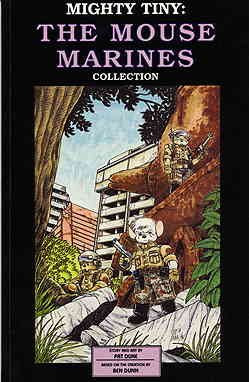 Before mouse guard was Mighty Tiny: The Mouse Marines.
Another of my dumpster dives into the scrounging bins in the ass-end of comic books shops has yielded me the very independent black and white comic- Mighty Tiny: The Mouse Marines. I’m sure most of you haven’t heard of it, but there was a small movement around this comic’s publisher, Antarctic Press, in the late 80s - mid 90s. In the growing interest for manga style art in the United States, Antarctic Press produced numerous original titles done in the manga style. Perhaps its most successful title was Ninja High School- the collected edition of which is available for purchase. It’s written and drawn by Pat Duke, but based on characters by legendary manga writer Ben Dunn who's drawn and written the aforementioned Ninja High School, and Warrior Nun Areala.
This particular issue is rather expensive and Antarctic Press has put out a collection edition of the Mighty Tiny stories, the link to which I have included above. However I haven’t read all it, so I cannot vouch for its quality. My commentary will strictly be on the 66 pages initial story. 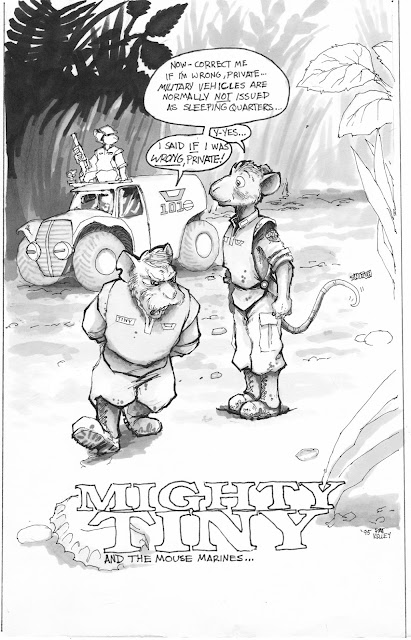 Mankind has destroyed itself, his civilization gone. Mice and rats are its successor and the two races, who once lived in peace, have broken out into a devastating race war which has all but ruined their civilization. It’s isn’t told exactly what killed off the humans, but it is suggested that they died due to neutron bomb attacks, as the human cities are still standing, but there are no humans left to dwell in them.
Mighty Tiny runs a rag-tag marine group that fights against the rats and discovers that the hated enemy may be on their way to discovering the use of radiation (thought this is never stated) and ultimately the creation of an atomic device. Tiny and his crew have to deal with traitors in their own ranks, while defeating this overarching threat. 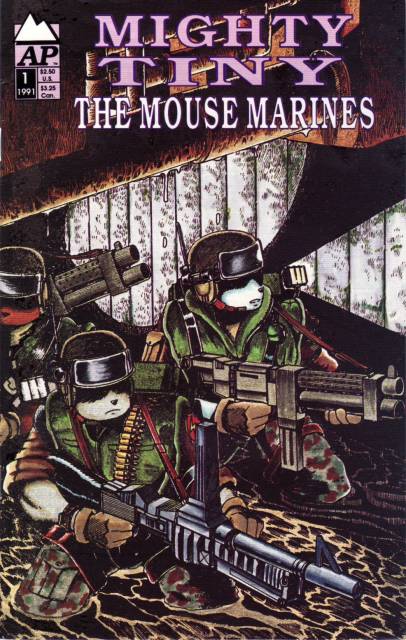 The art is decent black and white manga. Straight-forward well detailed combat and equipment, solidly drawn with fluid action. While not as detailed as Akira, it is a solid military manga. The only problems I had with it are that, it was occasionally difficult to tell one character from another (though this was often countered by having character’s names embossed on their helmets). A minor point also nagged at me. The mice and rats are supposed to be their normal size, only now they’re bipedal, but the vegetation drawn is the equivalent as it would be on a human. A quibble, but the plants should be much larger, especially in the wild areas.
Posted by RexHurst at 1:19 PM