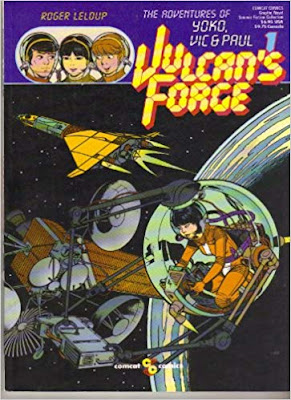 
This is one of those sci-fi driven comic albums, called bande dessinée, translated from French. Like Valerian and The Waters of Deadmoon, it demonstrates how much great material there is in other languages which desperately needs to translated in English.


Granted most of the companies that do this don’t seem to last long, and only Heavy Metal magazine continues to grab stuff from the Old World and still have staying power. The Adventures of Yoko, Vic, and Paul runs twenty six volumes in the original language. Catalan Communications had published two translated, while Cinebook has translated at least fourteen as of this listing, under the title Yoko Tsuno. 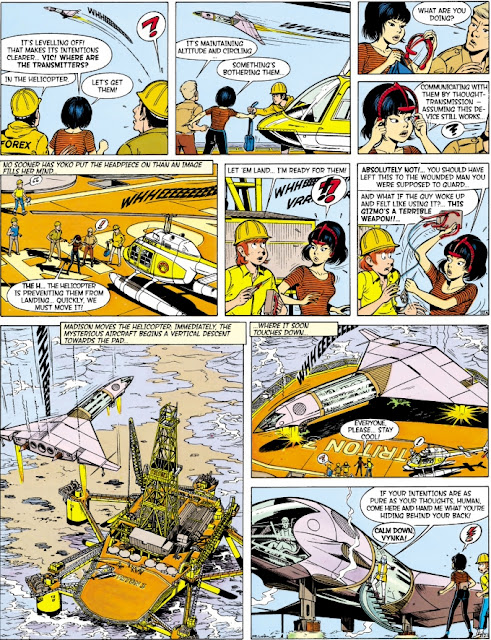 The first thing I noticed is that it is obviously not the first album in the series. The protagonists meet a group of blue skinned subterranean dwellers, who came to earth from another planet generations ago and built cities deep underground. But the characters had already met these people before, had friends among them, and fought against the villain. It was sort of like watching The Empire Strikes Back without knowing any reference to Star Wars. It’s possible, but not as enjoyable.


This is a fast paced book, filled with lots of technical jargon and hard science, which made it a very intelligent read on top of the all of the action. If you ignore the extra-terrestrial material, a lot of what is going on seems somewhat plausible. The aliens are redirecting magma under the ground to force up a new landmass which they will colonize and begin having communications on equal terms with the human population. It was rather good.


If the art seems a little familiar it’s becuase Roger Leloup began by drawing detailed backgrounds for Herge’s Tintin, then collaborated with Peyo (of Smurfs fame) on a lesser known project Jacky and Célestin. In fact much of the first material for this series was published in the same illustrated magazines as was the other two, Spirou. While working on Jacky and Célestin he created a female character that became the inspiration for the protagonist of this series. 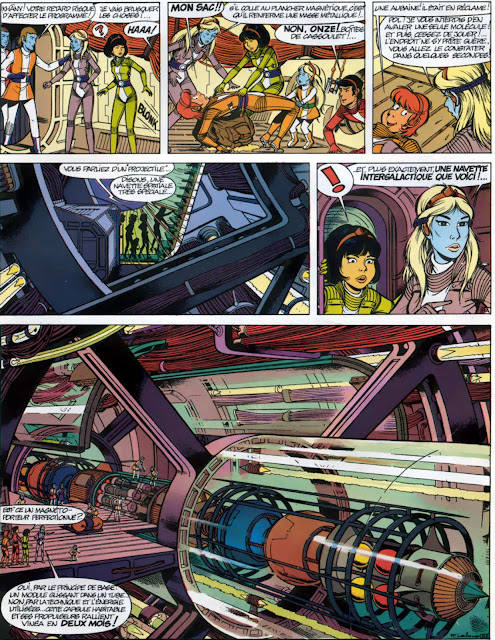 For more readings, try books by Rex Hurst.
Posted by RexHurst at 1:52 PM