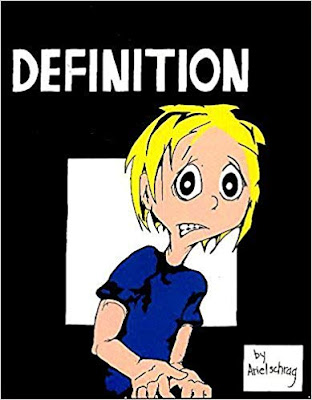 Once again the back racks of some ancient comic book hole have coughed up rare gem that I was otherwise unaware of. I found this one buried deep in the back of discount graphic novels and for three bucks and thus I discovered an artist I have never heard of before.  Only 19 when she drew this collection of stories, yet the author has a depth of skill unusual for her age.


A collection of autobiographical stories from of the author’s awkward teenage years. They are a fun frank group dealing with the author’s sexuality, various creepy encounters in California, and the thrill of growing up in the latter half of the nineties/early 2000s. It deals with early seuxality and experimentation (both wonderful and terrible). Being a male, it’s interesting to see the perspective of such things from a different gender.

The black and white artistic style is one of exaggeration where the emotions of the protagonist are portrayed in bombastic style. The innocent girls, not knowing or unable to change the world, are shown as wide-eyed does threatened by an assortment of ugly and scabby individuals looking to use and abuse them. A little like Red Riding Hood the world is full of wolves wishing to devour their goodies.


While this is a fun story, I have been looking through the author’s other works and see that all of them are simply collections of stories of her growing up, indicating that the author is limited to just talking about themselves. 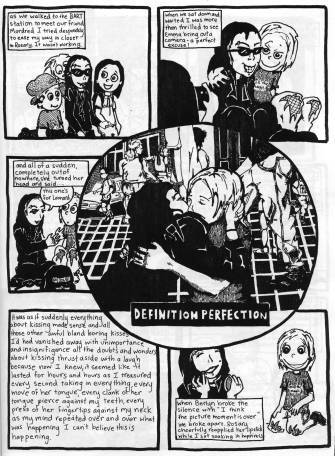