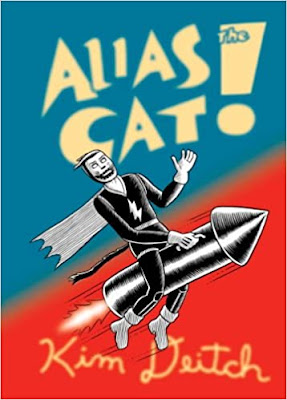 This is a weird one. The author is Kim Deitch, the best underground cartoonist you’ve never heard of. He won a ton of awards for Boulevard of Broken Dreams back in 2000-whenever, and now everyone claims they always liked his work, even though two-years before Boulevard came out none of them knew who he was. Still this is his follow up to Boulevard, where the author places himself in the center of the action.

Deitch’s main character for the majority of his stories is Waldo, an anthropomorphic cat with evil intent and a noticeably dangling penis. While Waldo is not the protagonist of this graphic novel, he is the (mostly) unseen antagonist, as the author begins to feel that the character has dipped into his reality and - worst of all- has always been there. This leads to a long, weird rambling tale, mostly set in the first quarter of the 20th Century. 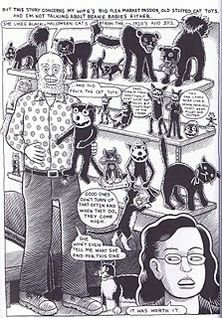 The author digs through his past, comes across a series of images of Waldo (or Felix the cat whom Waldo is the darker image of) and discovers a series of bizarre coincidences regard some ancient film cans, a comic strip from the 1910s, and a bakery run by little people. It sounds insane, but makes sense when laid out in the book. Apart from intriguing me with the semi-wandering narrative, I actually learned a few details on how things were done back in the olden days. Well worth a look for the right price. 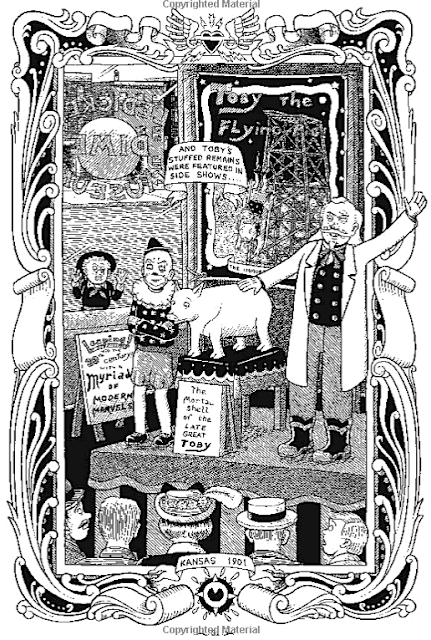