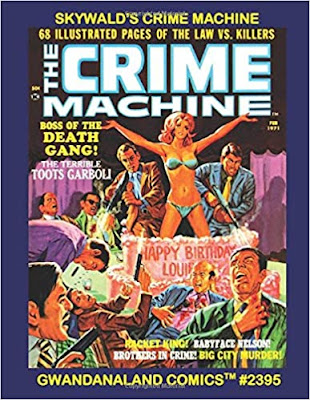 By Various Writers and Artists

There exists two versions of this book, one in black & white, the other in color. The original presentation of these stories from oh-so-long ago was in glorious monochrome so I went with that edition -plus it was cheaper. However, I must admit that the art was not so overwhelming that a few splashes of red, yellow, green, and blue might have done it all a world of good. Whichever your choice these are supposedly “true” crime stories presented as morality tales, but used as excuses to show excessive violence - as in the tradition of True Crime Comics and Crime Does Not Pay. These do not however live up to the old, more grotesque predecessors of the 1940s. The magazine claims that all of the stories are true, of course, but apart from one story on Pretty Boy Floyd - a very brief one- I couldn’t find much on any of the others.

Skyward was the original publisher of the magazine, The Crime Machine, back in the 1970s. They were a start-up brand which tried to horn into the rapidly expanding horror magazine business. They emulated the more popular titles of Warren’s Creepy, Eerie, and Vamperella, with their own clones of Psycho, Nightmare, and Scream. I say clones, but those magazines weren’t bad, they just were not as good as what Warren put out. You saw a cross-over between artists and writers in the two camps, as it was generally stated that if a story was rejected by Warren, it was then usually pitched to Skywald as a backup. Thus none of their magazines lasted as long as Warren’s. 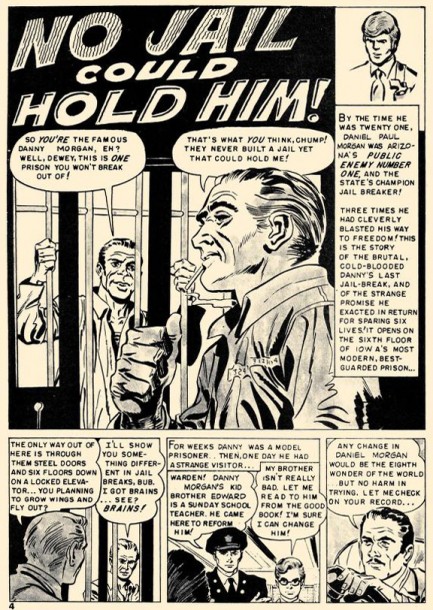 I have to thank Gwandanaland Comics for reprinting these issues and all of the Skywald stock. Plus reprinting a lot of public domain comic material from the Golden and Silver ages. Much of it might have been forgotten forever if it wasn’t for this publisher.

While I applaud the publishers of reprinting obscure comics from the past, there is a reason why The Crime Machine only lasted two issues. It is pretty dull in layout and storytelling. Each of the tales are essentially the same and the art is not diverse enough to keep the interest, which adds to the sameness of the stories. However, I did enjoy them keeping in all the old ads for monster kits and various other sundries, which is a nice throwback to my youth. But man, these stories really are dull compared to what was offered in Skywald’s other magazines of Psycho, Nightmare, and Scream. 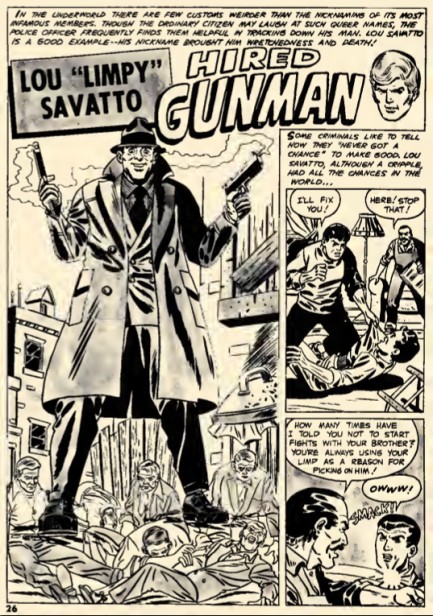