My Heroes Have Always Been Junkies (Crime) 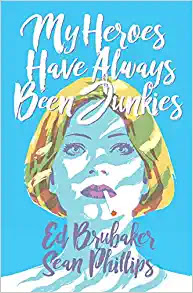 Here we go with another round in the Criminal series by the noir masters of the comic art. This is their element where no one else has quite measured up to their work - with the possible exception of James Hudnal's Shut Up and Die, but that lasted only three issues. This book is listed as a new series, but is really a continuation of the Criminal universe - though I suppose Kill or Be Killed and The Fade Out could be considered part of it as well. 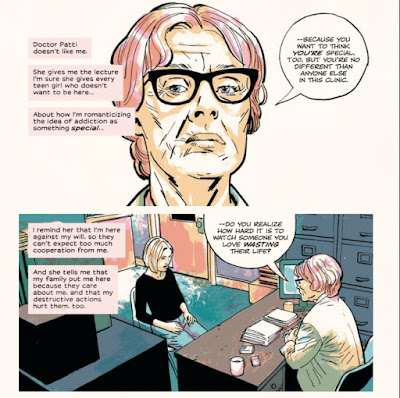 Though it isn't apparent at first, we see the actual attraction and action through the eyes of a femme fatale, which is a juxtaposition rarely seen in many comics. The main character tells us all along she is poison, but as we see it from her point of view and all her problems we don't actually believe her - until the end when it's all too apparent. Her fascination with junkies comes from the fact that most artists, comedians, and musicians do their most inspired work while on something. Her obsession with old junkies is what leads her to commit such a horrible betrayal.

Part of what makes this team so interesting is how they are able to take old material and present it in a new and fascinating way. Good: The art is superb.  The story is well balanced, and even with the twist, it works in a lot of ways. The hero of this story might be the villain but there's a lot of gray in this title so it works on a few levels. Bad: The characters are a little thin, mostly due to the short length. It’s a good short story, but not a great one. 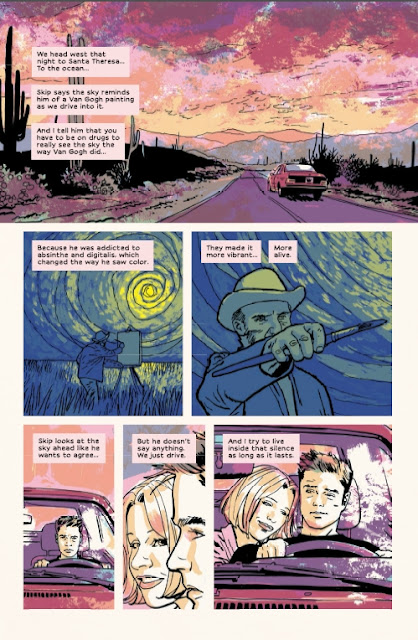