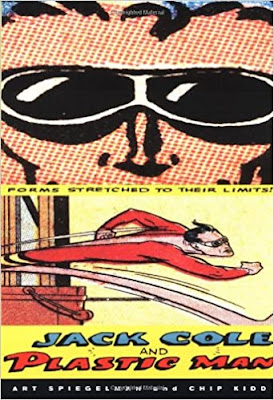 This is not a collection of Plastic Man comics drawn during the Golden Age by his creator Jack Cole - however there are a few included, along with the Cole story from True Crime, an infamous piece called “Murder, Morphine, and Me”. The last is a story so notorious in over-the-top violence masquerading as a morality tale, that it became exhibit number one presented by Frederick Wortham in his anti-comic book, Seduction of the Innocent, and at the Congressional hearings on comics. One panel, where the protagonist is having a needle shoved into her eye by a junkie, stood out for particular attack. In a sense, Jack Cole really did help bring down the comics industry and ushered in the creative desolation of the Comics Code Authority.

Instead, it is a rather odd biography of the man’s albeit short life. He successfully remade his career twice over. Unable to find work in the larger magazine mediums, Cole started out in comic books - the gutter slums of the print world at the time. Unlike his counterparts however, he attacked the medium with all his skill could muster, going out of his way to refine his technique. 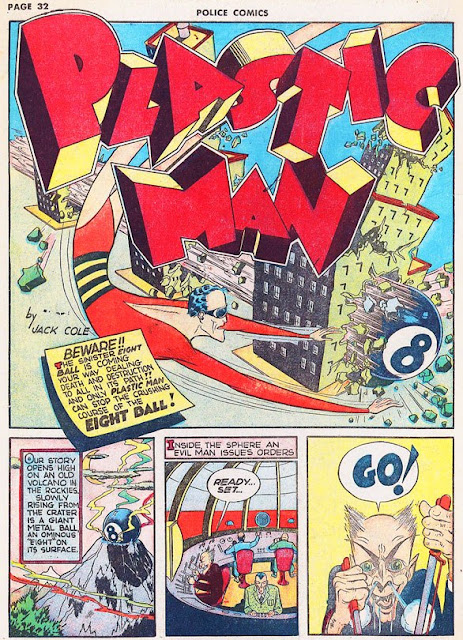 He created some of the best events of the Golden Age. Specifically the multi-issue battle between the Golden Age Daredevil and The Claw - catapulting both characters to among the most popular of the 1940s. His most notable works being the creation of Plastic Man, the first super-stretching hero. And it has been pointed out that no one ever did Plastic Man as well as Cole did, or in the same vein. Mostly because he was eventually included in an expanded universe of superheroes, while he was supposed to be mostly a parody of them.

After the comics collapse, Cole became one of the lead artists for a start-up magazine called Playboy, filling the pages with his distinct style. These are so different and iconic from his comic material that I had no idea they were from the same hand. His third successful endeavor was a unfortunately short comic strip called Betsy and Me, which would’ve been well had not Jack Cole killed himself. The reasons for this are up in the air, so I won’t even attempt to speculate why.

The format of the book is rather odd, because most of the prose text is printed on plastic sheets and inserted with a lot of Cole’s reprinted art. Additionally, the comics sections are printed on old quality cheap brownish pulp paper, just as they were originally sold back in the forties. This was a mistake. Maybe those who were used to reading old-time comics wouldn’t have a problem, but so many of the modern reprints are much cleaner than the original printings, the revert back to the 40s style made it slightly difficult to read and thus lowered my enjoyment of the material. 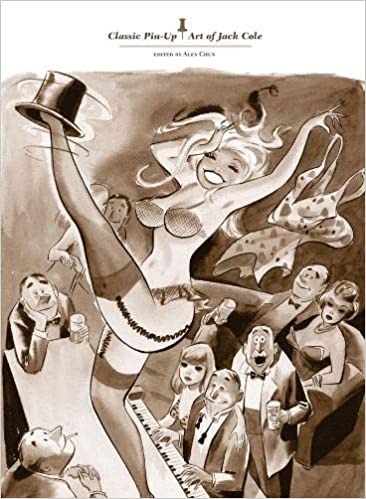