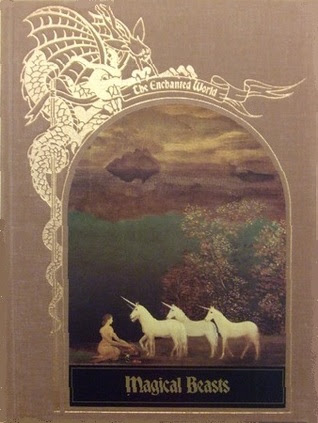 by Ellen Galford & the Editors of Time/Life Books

"In the wilderness, and even in the settled lands, more beasts than man lived. The beasts existed in bewildering and changeable variety, as if nature itself were confused or had not yet finished the work of creation. Among earth-bound creatures of that time were some with real men's bodies and goat's feet, or with men's torso and horses' bodies. Lambs could be grown on special trees. Among the creatures of the air were winged horses, birds that cast human shadows, and birds that hatched from barnacles rather than from eggs. And in that era, though rarely seen, lived unicorns -graceful horses adorned with a single spiraling horn and blessed with the powers of purification and healing."

Magical Beasts opens with telling of how early in humanity's existence the world was locked in an Ice Age. Humans feared the animals and worshipped the cave bear, but as time passed man eventually conquered the cave bear and drove it away. Which is what most of these stories represent, mankind’s conquering of the land. Each evil beast whether it be the Minotaur, Manticore, Chimera, or what have you, represents this theme. That even in the unsteady world of nature, and the constant evolving weird mix of animals, man has the power to conquer and dominate. At least that was the theme of the first chapter – “Vestiges of the Elder Days” 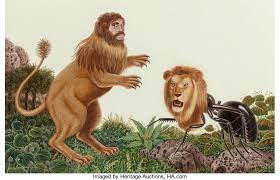 With chapter two – “Riders of the Wind” – the exploration shifts to the portentous use of birds – mostly ravens and crows – and what they signify. Birds were often respected, and the bringers of portents for the average person. It also recounts that many flying animals, both mundane and magical, commanded respect for reasons that they were able to escape the mundane world by flight. Pegasus, the roc, firebirds, the phoenix.

Chapter three - Paragon of Purity- focuses on that most respected of magical beasts, the unicorn and his ilk. It comments on the appearance of the horned beast, or a near equivalent, in almost every culture. It symbolized beauty and purity but courage as well because it would never be taken alive. Its cousins included China's ki-lin and the Persian karkadann which personified only gentility or ferocity. All, however, could be tamed by maidens. 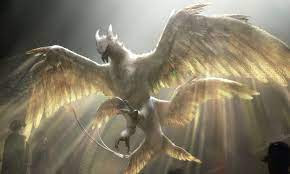