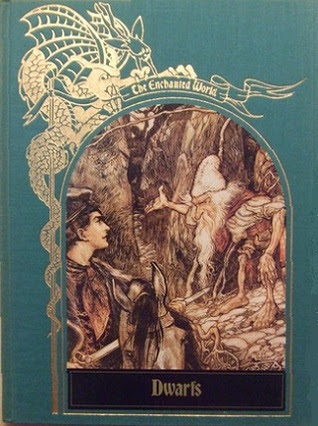 “Those were the days when dwarfs dwelled throughout Northern Europe, wherever men and women lived close to the land. Inhabiting rocks, caves, mounds, and even forgotten crannies in farmhouses and barns, they passed their lives in ways as earthy and arduous as their peasant neighbors. They were an elfin countryfolk, and their powers were those of a supernatural peasantry. They were uncannily adept at crafts, preternaturally wise in matters of the seasons and the soil.

“Their names varied from land to land and region to region. The British Isles had their goblins, knackers, and leprechauns. Germany its Erdleute and Stillevolk, and Scandinavia its trolls and bergfolk an hurdlefolk. But their kinship to the earth, their matchless skills and their stunted stature were universal.”

You’ll notice the author and Time-Life books have chosen to use the traditional version of plural of dwarf - Dwarfs. In fact it was Tolkein who popularized the now accepted plural spelling - dwarves. I find it fitting here, as the tales of old dwarfs here come from well beyond Lord of the Rings and The Hobbit, and the sort of solidification that Tolkein’s version gave the race - ie. he popularized the stereotype. Eventually though the Dwarfs books are similar to Fairies and Elves at least in behavior. It’s just another collection of similar stories, swapping one title for another. 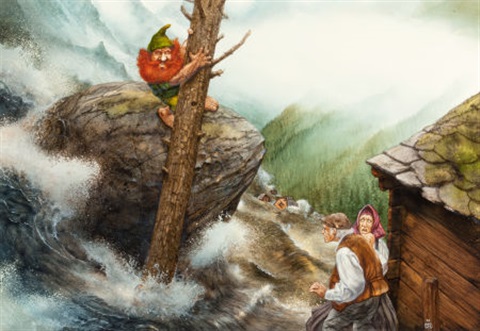 Chapter One - “Stern Sons of the Earth” - It opens with Norse dwarfs and tells how the race began soon after Odin Ymir, using his flesh to make the earth. The maggots that crawled from the flesh became dwarfs. Corpse grey and subterranean troglodytes, the gods look down on them but needed weapons that the dwarfs by their magical craftsmanship alone could provide.

Chapter Two - “The Diminutive Nobility” - in time the dwarfs lost the capacity to treat with the Gods to the gods and walked among mortals. With the pagan gods dead and the Christian Church dominant, a new world had dawned. Even so, a few dwarf kings were not afraid and outshone their cave-dwelling ancestors in splendor. The dwarfs adapted well to Christian Europe, befriending mortals for a time, until they became tricksters.

Chapter 3 - “An Ancient Race in Retreat” - and Chapter 4 - “Haunters of Hearth and Hayloft” - discuss the further decline of the dwarfish race into thieves and tricksters. As civilization grew and men moved away from a more naturalistic state with the Earth, Dwarfen attitudes towards human changes. As humans took on a surpassed Dwarf arts, they became jealous and obstructed -  ie. Gremlins, Tommyknockers. The last remaining few lived in fear of mortal enslavement. 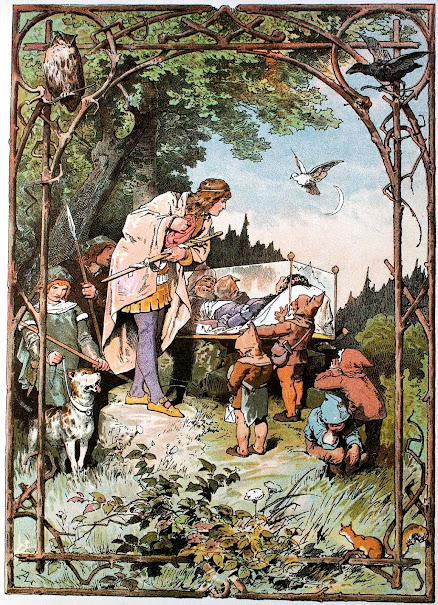