The Visitor: How and Why He Stayed (Horror) 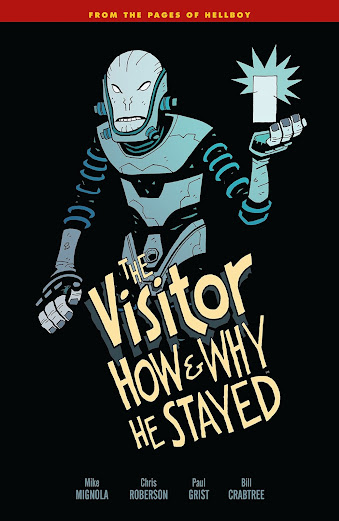 This character goes way back in the Hellboy universe, to a bit part in The Conqueror Worm. It was so long ago, that I forgot this character’s existence. The place of aliens in the Hellboy universe - that is alien life with inanimate technology similar to humans, rather than eldritch cosmic beings of yore - has been a sticky point and only mentioned in that one comic for a total of two pages. Hellboy gets a warning from the alien, the creature dies, and Hellboy remarks, “Roger look. A dead alien.” I remember being fascinated at the time, figuring the series was about to go in a weirder direction, but it was never mentioned again and I sort of forgot about it.

Finally this old image is dusted off and given life. The Visitor’s initial mission was to destroy Hellboy upon his first manifesting on Earth, but cannot bring himself to destroy the child, seeing the potential for good in him as well as evil. Thus we follow the Visitor through the decades, watching him watching Hellboy, in addition to him creating his own family on this planet. Like The Man Who Fell to Earth, the alien loses sight of his mission and becomes wrapped up in the problems of this planet. 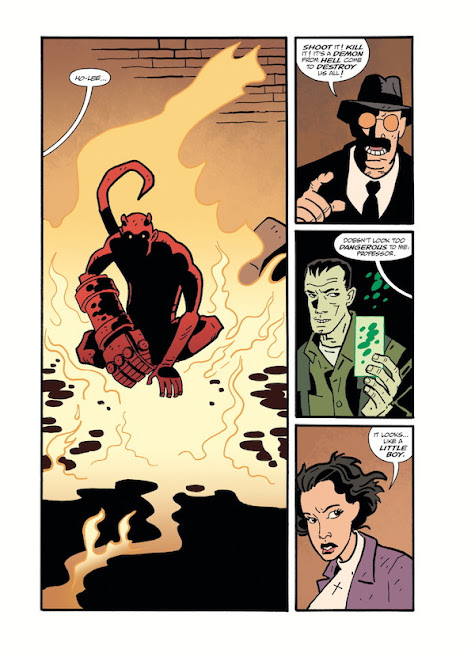 For those who know Hellboy’s long history, a lot of ground is retread, albeit from a different perspective. It was nice to revisit several old menaces from past stories, with some clever additions, until the alien meets his doom with Herman von Klempt - the head in the jar. Not the most important Hellboy story, but it neatly wraps up a mystery which I has assumed the creators had forgotten all about.

Some people have a problem with Paul Grist’s art. They claim it’s childish, or bigfoot lines, and that most of the characters look the same, but that’s all nonsense. He had his own unique style and if you think it's cheap and easy, try replicating it on your own sometime and see just how intricate it can be. Looking at some of his earlier works, Kane and Jack Staff, his ability to capture fast paced motion and violence in page after page lends itself well to a Hellboy tale. 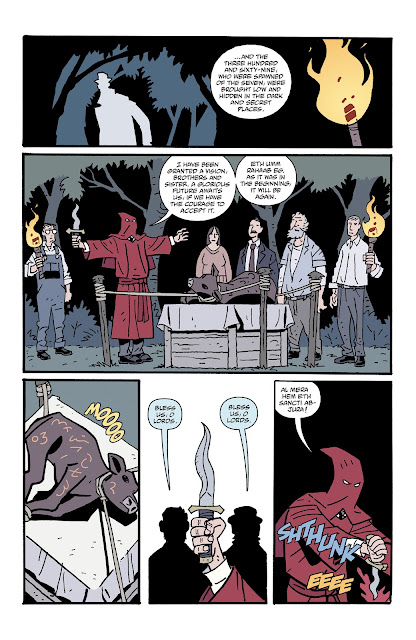