Rasputin: The Voice of the Dragon (Horror) 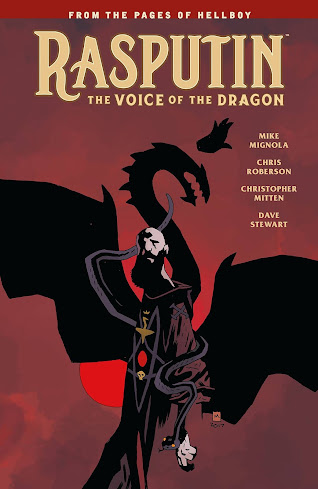 This is for those who are Hellboy junkies. I expected this to be similar in scope to Koshchei the Deathless which is a review of the character’s background before being beaten to death or crushed under stones in a dark chamber by the titular Hellboy. That is not the case here. I guess most of Rasputin’s history has been filled in over the years, including his being saved from death by the Ogdru Jahad - the seven dragons outside of time. This acts as a prequel adventure prior to Hellboy issue one.

It begins with Rasputin being recruited into the Third Reich and gaining his three associates - Karl Kroenen, Kurtz, and Ilsa Hauptman who follow him even after the end of World War II. The hero of the piece is a young Trevor Bruttenholm, who is working for the SIS during the war and stumbles across some disturbing information regarding the occult activities of the Nazi’s and something called Project Geist. The Heliopic Brotherhood of Ra becomes involved, along with a number of other lesser known groups from the Hellboy universe. All of this of course, leads them up to discovering the ritual to summon the destroyer, “Hellboy” into the world. 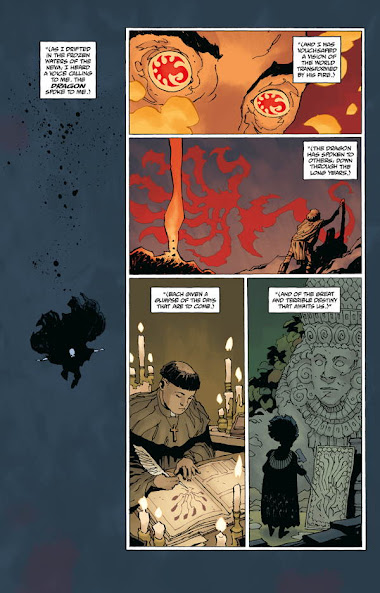 As Hellboy stories go, it’s all right. Not exactly a necessary story, but standard fare for the course. It subtly wraps in a lot of material from the Witchfinder series and the Black Flame. The main problem is tension - or a lack thereof. If you’re a Hellboy fan, then you already know the ultimate fates of each character. You know they’re not going to get killed, or maimed, or fail in their task. This is why the best prequels are told with a new protagonist, to add a new element to the universe, rather than one which is essentially paint-by-numbers. Characters start the series at Point C, therefore they can only go through Point A and then B. Which is why this story is a little flat. 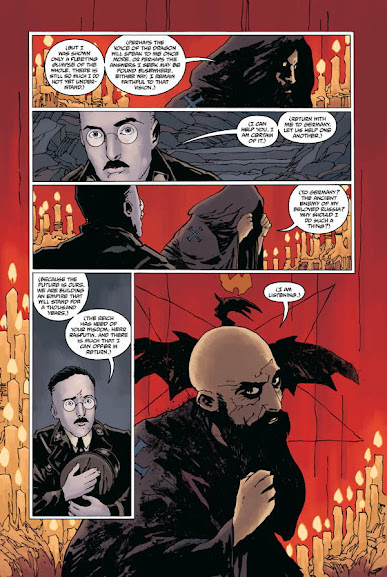