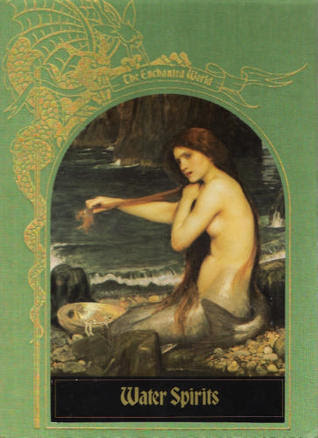 By Editors of Time-Life Books

“And so the end was a bed on the cold ocean floor, far from the sunlight, where the body rolled and swayed in underwater breezes, where fish nibbled on the sailor’s eyes, lobsters plucked on the flesh of his feet and branching coral rooted in his bones. Seafarers called this grave Davy Jones's Locker. Some thought that ‘Davy’ was a corruption of the word ‘duffy’ African slave’s patios for ‘ghost’ - and that ‘Jones’ derived from the Biblical Jonah, who was sacrificed to the sea by sailors anxious to escape a storm. Others speculated the term descended from the name of the Hindu goddess of Death - Deva Lokka. But no one knew for certain.”

Water Spirits opens with the story of a man who saved the life of a mermaid who blessed him with the power to heal and to break witchcraft and cursed him so that every generation one man from his family would drown. This was done to illustrate people's fear of the sea as a mysterious and fickle place that could from one moment give life and in the other death. Water was hailed as the source of life; the Hindus worshiped the Ganges under the name of Ganga, Mimir's well gave Odin his wisdom, the Nile and the Jordan River built civilizations, and everywhere people sought the Fountain of Youth. Many culture’s creation myths relate the universe forming out of the chaotic watery deep. In addition, nearly every culture here has a Great Flood myth. The one presented in this volume is that of Gilgamesh, who is told the tale by the immortal survivor Utnapishtim. 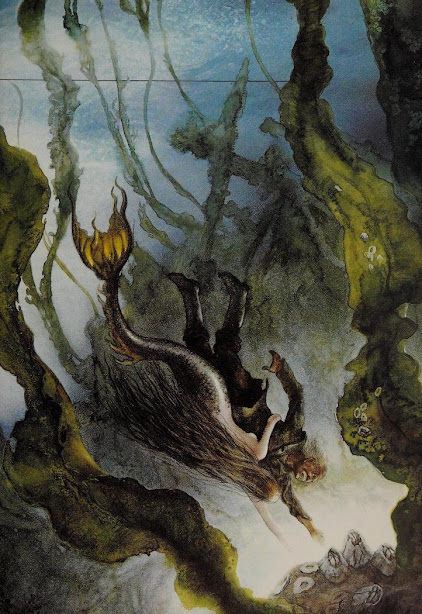 Heroes began enterprising in sea quests. Jason and his Argonauts, for example, paid the correct homage to the gods and led a crew of heroes across the Seas. While Odysseus, whose men forgot to or openly stole from the Gods, was punished with ten years of wandering and danger. Regardless of his initial faithfulness to the gods however, those same gods destroyed Jason and turned the Argo into a constellation. That was a testimony to how fickle the gods could be, because sea gods were viewed in relation to their seas. Poseidon, for example, was as arbitrary as the enchanted seas and magic islands he ruled.

In later days, sailors no longer worshiped the sea gods but still lived in fear of the sea's power. For example, ships were still launched on Woden's Day and not on Thor's Day for fear of storms and thunder. Figureheads replaced the eyes, of Greek ships, but the function remained the same - keeping a lookout for evil. Anointing a ship with wine replaced the pagan custom on smearing ships with human blood. 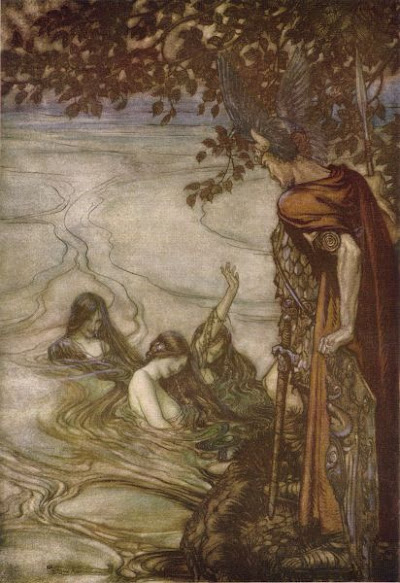