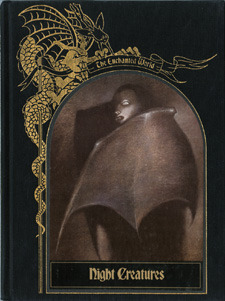 By Editors of Time Life

“These beings were vestiges of chaos, remnants of a formless time older than human reckoning. They survived many centuries into the era of humankind, preying on the late-coming race in a variety of ways. Some, like Grendel, seethed with hatred for the intruders and assaulted them in a frenzy of destructiveness. Some were unable to cross human thresholds, and had to wait for unwary victims who ventured abroad at night. Some invaded human bodies and turned their hosts into nightstalking animals, these were called werebeasts. Some invaded the bodies of the dead and transformed the corpses into terrible beings that gnawed human flesh and drank human blood.”

In this particular case the topic of this volume, Night Creatures, is upon reflection a fairly broad brush. Here they take it to contain any old tale about a creature which lurks by night. In fact the first chapter, “Perilous Paths through the Dark” seems as if it were being used for all the stories left out, for space reasons, from the previous volume Legends of Valor. It opens with the tale of Beowulf - much more entertaining than the original Beowulf text - and fills the pages with brave heroes who were forced to face and destroy some random spawn of chaos. 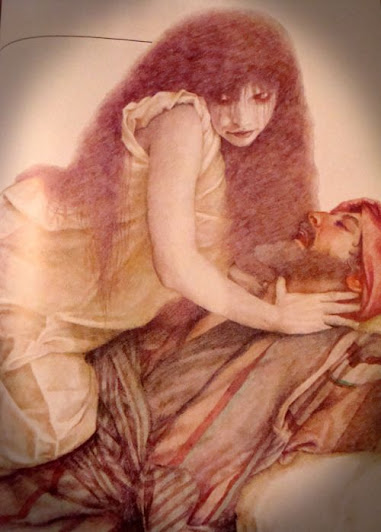 Chapter 2 - “Visitations from the Realms of Shadow” - on the other hand, seems to be formed from leftover tales from volume 4 Ghosts. It focuses on nightly ghost visitations of specters, demon imps, and various other bogarts determined to spellbind men, and either steal their souls or semen. Of the monsters which feed on fear and bring nightmares into the world.

It isn’t until Chapters 3 and 4 -  “Blood Feasts of the Damned” & “The Way of the Werebeast” - that the books takes on an identity of its own. The last pair of chapters discuss tales of vampires and lycanthropes respectively. Unlike the other volumes, this one at least brings in tales from outside of Europe, so it isn’t a retelling of Dracula and other well-known vampire and werewolf tropes. Instead, the other explores those vampire legends outside the norm, what Eastern and Eastern European cultures considered a vampire and how they dealt with them. The werebeast sections, while paying homage to the popular werewolf, looks at the phenomenon from the perspective of any tale involving man turning into beast. From the Berserker stories of Viking fame, to the wolf in Little Red Riding Hood, to the Beast from Beauty and the Beast, to the seven-tailed fox woman tale of ancient Japan. 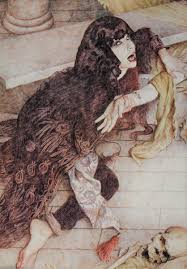