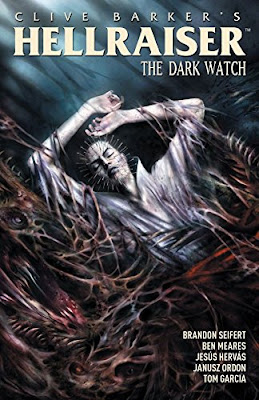 
Publisher: BOOM! Studios (October 22, 2014)
Softcover, 142 pages
Amazon Listing
A horror series which goes hand in hand with the films. It’s amazing how one short story “The Hell Bound Heart” made into a film, turned into such an enduring horror franchise. This volume collects CLIVE BARKER'S HELLRAISER: THE DARK WATCH #9-12, and CLIVE BARKER'S HELLRAISER ANNUAL 2013. I haven’t read the previous two volumes, but I could follow the action reasonably well. I’m not sure if that’s to the story’s benefit or detriment. You decide.
For those who don’t know, the series’ storyline focuses on a puzzle box that opens a gateway to the Hell-like realm of the Cenobites, an order of formerly human monsters who harvest human souls to torture in sadistic experiments. It is not a pleasant comic, nor one that fills a person with hope.
It is essentially a story of the body horror genre, and as much as I doubted they could, the comic created just as much nausea and disgust as the films. The art, while not the most detailed, is still a grotesque ride. I think it’s the constant use to human heads on monster bodies that really puts it over the edge. 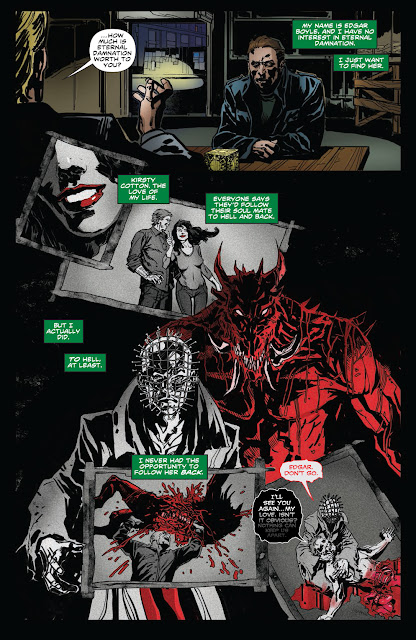 In this story, classic Pinhead, Elliot Spencer, and the new female Pinhead, Kirsty Cotton, finally get to see which is supreme when the pair must battle and team up in Hell. WHAT IT'S ABOUT: One must volunteer, or Hell will choose for itself. The two most recent Hell Priests are missing Kirsty Cotton and Elliott Spencer have abdicated their thrones, and there is someone new in their place: Harry D'Amour.
As the former detective tries to adjust to his new life, he is besieged by constant assassination attempts by other Cenobites while his former human allies fight amongst themselves. Meanwhile, as soldiers from other dimensions encroach upon the Labyrinth, D'Amour is going to have to raise an army, whether he likes it or not, as the Lords of the other pits strike to invade the Labyrinth. 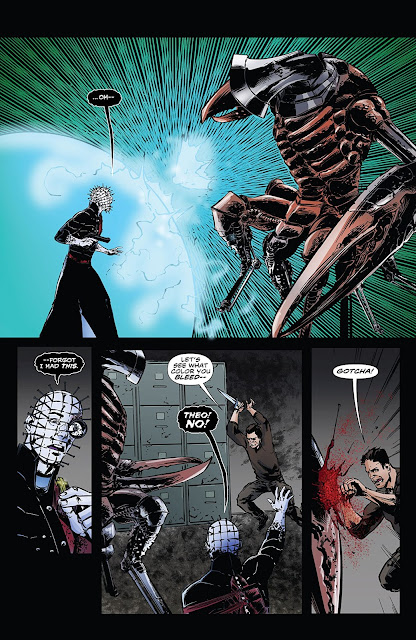