The King in the Golden Mask (Historical Fiction) 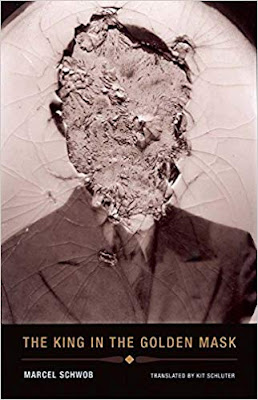 
“At that time, the human race was close to perishing. The orb of the sun was as close as the moon. An endless winter caused the soil to crack. The mountains which had erupted, spewing the earth’s flaming entrails into the sky, were now grey with frozen lava. The lands were riveted by parallel or starry trenches; tremendous crevasses, suddenly yawning, engulfed the things above as they collapsed, and one could see, moving toward them in heavy sideslips, long queues of glacial erratics. The dark air was sequenced with transparent needles; a sinister whiteness hung over the land; the  universal silver glow seemed to sterilize the world.”


Marcel Schwob is not a name well known in modern literary terms- I have no idea why- yet he is one of the most vivid writers of the later half of nineteenth century French writers. He has been called a "precursor of Surrealism", which I cannot disagree with.
In addition to over a hundred short stories, he wrote articles, essays, biographies, literary analysis, and plays. He was extremely well known and respected during his life and notably befriended a great number of intellectuals and artists of the time. Yet, he is all but forgotten…. But not completely.
Luckily, much of his work is being “rediscovered” and translated into English. Once again this prompts me to learn French with a greater intensity, as I’m worried about how much great material I’m missing, because this is the first time this collection of short stories has been translated into English- and the book was originally published in 1892. The 21 stories in this collection are primarily dark, grim tales, with mostly unpleasant endings. They range from slight fantasy, to grim modern, to slightly sci-fi.
The stories are a cruel, almost sadistic, telling of characters trapped in an unforgiving world. The narration is cold, matter-of-fact, or lusty in thick details (as we see above). What will happen to his characters is up in the air, with a fifty-fifty shot that the protagonists will survive. Each paragraph is charged with poetic energy, placing him on par with Ambrose Bierce or H. P. Lovecraft. I consider it almost a crime, he hasn’t been translated into English before. 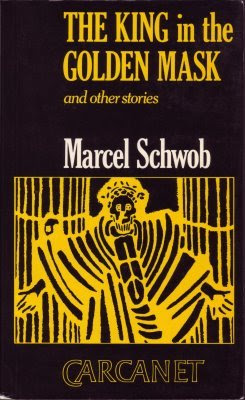 The style of the stories are a little odd. Most of the material in it build-up to an event which then happens quickly, leading to a hasty end. Let’s say for a ten page story, eight is mostly exposition. In fact, several of them almost seem to be completely background material for a larger story, which the author never wrote, or should have written. Still, it is so beautifully composed that I don’t care that much and simply enjoy the ride.
The translator writes that Marcel Schowb didn’t believe in originality, and several of the stories are recycled plots from classical sources or historical events, but this worked in the author’s favor. Like Shakespeare, by not having to focus on plot, the author is free to focus all his creative energies on his style. And it works out for the best. 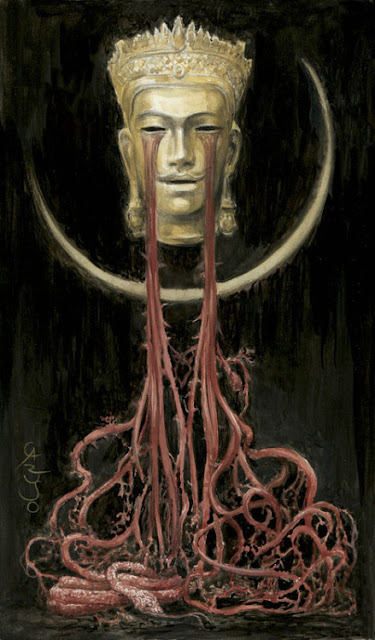