“The definite article THE. THE contains the universe of one and only: THE God, THE universe, THE way, THE right, THE wrong. If there is another, then THAT universe, THAT way is no longer, THE universe, THE way. The definite article THE will be deleted and the indefinite article A will take its place.”
Just when I think I’ve gotten all of the collected works of William S. Burroughs another one pops up. This manual is a bit of a Frankenstein project, as it has existed in various forms and under different titles, and in different mediums. At times the story of how this book was constructed is more interesting than the actual material by Burroughs. This “definitive” version is cobbled together from eight different print sources and the transcripts from three 90 minute tapes called either The Revised Boy Scout Manual or An Electronic Revolution, along with a few paragraphs originally published in The Job.
Of the 144 pages, only 73 make up the titular work. The rest are academic justification on choosing this word or that from the various different manuscripts written by Burroughs. It also includes transcripts of the three cassettes by Burroughs. The changes between versions is often minor, a word here or there, but there are occasional 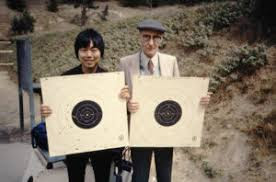 When I stated that at times the material isn’t interesting, that’s because I’ve read much of it before, or a variation of it before. His opinions on various subjects and hatred of the power struggle in Western Democracy is well documented - though I think that most of it was directed at the fact that he couldn’t legally shoot up. If he was granted the right to be high all the time, then much of the venom in this text would have evaporated.
Ostensibly, this is a manual to discuss becoming a terrorist (or “radical”) and proper action to take to destroy the system. As per usual in a Burroughs book, it degenerates into revenge and sex fantasies, then blathers on about some cut-up sound techniques to affect reality and drive people in a certain direction. Much of this has been stated by him before in other books. As such, perhaps the first thirty pages of the book is the most interesting.
The title is a variation of The Boy Scout Manual, which is a take on what is considered the most wholesome activity a young boy could indulge in back in the day. The original book describes many Scout-like virtues and qualifications. After a lengthy section on what a Scout should know, including chivalry, history, and national issues, it is noted that "in short, to be a good Scout is to be a well-developed, well-informed boy."
Whether this is meant to be a serious work is a lightly debated topic on those who read Burroughs. Whether he meant it to or not, it’s completely impractical and thus doesn’t matter. As usual, he shows his love for the pseudo-science of L. Ron Hubbard and Wilhelm Reich, so much of his “combat” techniques are mired in their insanity. Who knows if he believed it? Perhaps in his more drug addled moments it all seemed plausible, but if so, he certainly took none of the actions discussed in this book while sober. However the emotions behind the words are most certainly authentic.
For more readings, try books by Rex Hurst.