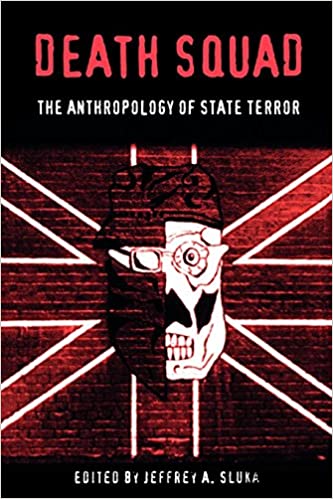 by Jeffrey A. Sluka (Editor)

"In 1983, one year after the socialist electoral victory, the assassination of Basque radical nationalists began under the anagram of a new paramilitary organization that called itself GAL, or Antiterrorist Liberation Group. From 1983  to 1985, the new paramilitary squad claimed the assassinations of twenty five Basque people. Most of them were Basque refugees, active or retired members of the radical nationalist guerilla organization, ETA, who were living across the frontier in the French Basque Country".

This is an academic book, so it is written in such a way as to bore and exclude the average reader, so be warned. By academic, I mean they assume a certain level of knowledge is already possessed on the subject by the reader and that the reader is also willing to read above a twelfth grade level - which most people aren’t. So you’ve been warned twice.

While I found the individual chapters of the book to be interesting, the reader has to wade through forty some pages of an indulgent and idiotic introduction. Where the editor discusses the use of state-terror, but somehow never mentions its use in communist countries. Instead the author sucks the cock of Noam Chomsky and places all of the blame on Western Civilization in general and the USA in specific. 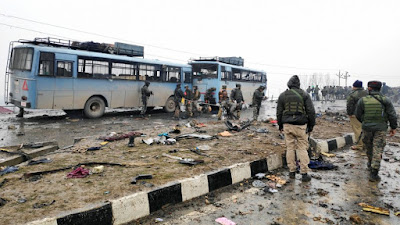 The introduction then discusses the use of anthropologist as activist to achieve "social justice" and point out wrongs in the world, stating that the world of anthropology needs to be "decolonized" - without explaining what that means. Then it justifies screwing the results to affect social change which invalidates most of the work everyone has done in the next several chapters. In my view, skip the introduction and dive into the meat of the matter.

The rest of the book however focuses on the meat of the matter without the interference of the editor. Each chapter discusses a different use of state terror in the Basque territories of post-Franco Spain; the Punjab and Kashmir regions of India; Argentina; Guatemala; Northern Ireland; The East Timor region within Indonesia; and against the Muslim separatist movements in the Philippians.

The variety of tactics are fascinating. Some operate openly, others “disappear” dissenters in the middle of the night. Many use “unofficial” paramilitary groups to do their dirty work, so that the respective governments can maintain plausible deniability while destroying their political enemies. The firsthand accounts and background material is first rate here, as is the research documentation. These chapters are what makes the book worthwhile. The introduction and conclusion can easily be excised.

For more readings, try books by Rex Hurst.
Posted by RexHurst at 8:07 AM